There was drama at Harare Magistrates’ Court yesterday after a jilted lover stopped her ex-husband’s wedding with his new lover. 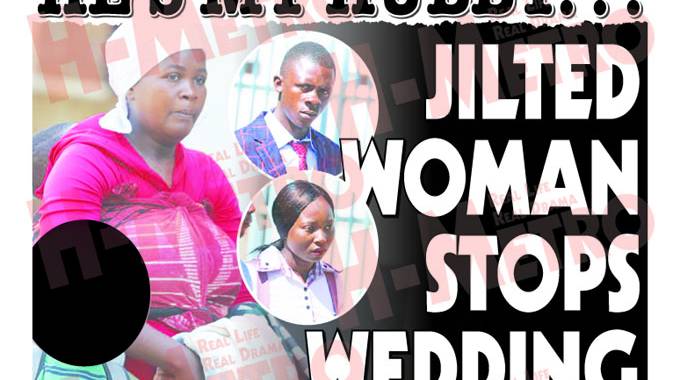 The husband, Maxwell Manditsera and his latest catch Jennifer Navhaya, 21, were set to be wedded by Harare provincial magistrate Joy Chikodzore before Manditsera’s estranged wife Chiedza Thembani, who is believed to have mothered two children with the former, interjected the marriage ceremony.

In her objection to the wedding, Thembani was heard shouting that Manditsera was her lawful husband as he paid a token commonly referred to as ‘tsvakirai kuno’ after he had impregnated her and as such, he couldn’t marry any other woman as he was customarily married to her.

As a result of the objection by the woman and her companions, presiding magistrate Magistrate Chikodzore was forced to temporarily stop the wedding on a fact finding mission of the basis of the objection to the couple’s wedding.

Subsequently the court passed an order that Thembani submits her objection in writing by October 14, and Manditsera must respond by October 21 and an inquiry and ruling be passed on October 22 on the determination of whether the marriage must proceed or not.

Manditsera and Navhaya had already paid the marriage fee of $100 and on the papers, they registered the same address in Budiriro, perhaps because they already live together. H-Metro