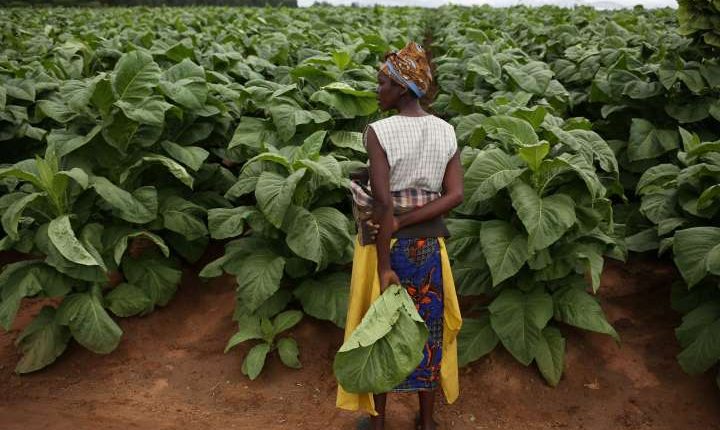 Catherine Mazorodze was overworked and tired when she quit her job as a farmworker in Zimbabwe’s Manicaland province. No job meant she was also homeless, along with her grandmother with whom she had shared a small home provided by the farm’s owners. 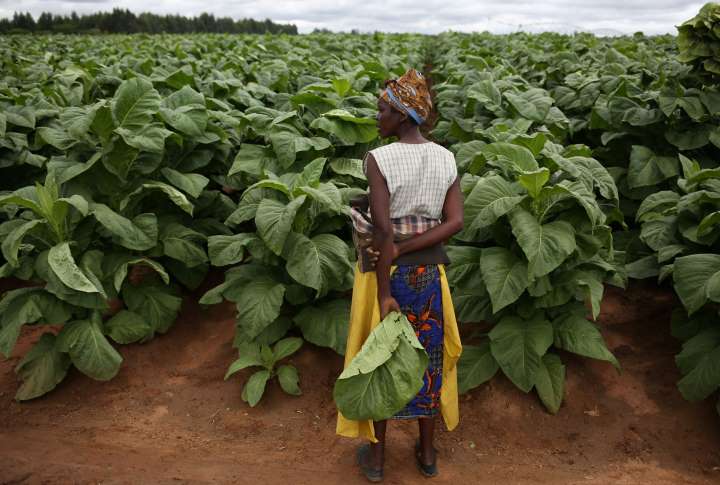 Mazorodze jumped at the opportunity to get a small plot of land of her own – distributed by the leaders of Chisumbanje, her village – but soon realised there was a price to pay.

“The traditional leader of the area told me I was young and not entitled to allocated land, since it was meant to benefit the elderly,” she told the Thomson Reuters Foundation in a phone interview.

“He blatantly said if I wanted a piece of land … I had to have sex with him. Out of desperation and poverty, I agreed to his terms,” the 37-year-old said.

Land is unevenly distributed in Zimbabwe and women, particularly in rural areas, are largely treated as dependants of men, not as landholders or farmers in their own right, according to the U.N. Food and Agricultural Organization.

Mazorodze said she was not the only one to be forced to offer sex for land out of desperation, adding that most women she knows are too embarrassed to speak out about their experiences.

She is a victim of sextortion, a growing form of corruption that forces women to offer sexual services in exchange for land, employment or job opportunities, according to Transparency International Zimbabwe (TIZ), an anti-corruption charity.

But legally it often falls between the cracks and does not get prosecuted as either a sexual crime or corruption, said Marilyn Sibanda, a legal officer at TIZ.

“The moment you consent, the criminal element falls out,” she told the Thomson Reuters Foundation.

“Of course, institutions or companies might have policies in places for people to report sexual offences. But villagers in secluded rural parts of the country don’t have measures to curb this form of corruption,” she added.

Her organisation’s research shows sextortion is becoming more common in Zimbabwe, she said, although there are no statistics available at a national level.

John Makamure, a commissioner in the Zimbabwe Anti-Corruption Commission (ZACC) said the organisation was ready to investigate such cases.

“It is crucial for people to bring forward evidence on this corruption, then ZACC can investigate. ZACC cannot just start investigations based on sentiments alone,” he said.

CORRUPTION RIFE At 160th place, Zimbabwe ranks towards the bottom of Transparency International’s Corruption Perception Index, a tool which ranks 180 countries by their perceived levels of public sector corruption.

Studies carried out by TIZ throughout Zimbabwe in 2016 showed women are vulnerable to sexual abuse when they try to access land for both residential, business and agricultural use.

“TIZ has conducted mobile legal clinics in rural areas… where we asked women if they knew about ‘sextortion’. The women concurred they know about the abuse and some confirmed they were victims of this corruption,” Sibanda said.

Researchers also found evidence of sextortion in Zimbabwe’s southwestern Matabeleland South province, where women said they were asked for sex in exchange for gold mining rights.

“We realise that in mining, it is difficult for women to own a gold mining claim,” said Scha Ndlovu, director for Community Youth Development Trust, a charity working with rural communities in the province.

“Women are then forced to sleep with Mr So and So to gain mining rights in order fend for their families.”

SEXTORTION IN THE CITY

Sextortion is not confined to rural areas, said Farai Mutondoro, head of programmes at TIZ.

“In urban localities, we gathered information that as a result of demolitions of illegal settlements and displacement, woman bear the brunt of ‘sextortion’ as they need places to stay,” he said.

Mutondoro added that TIZ recorded cases of land corruption in the southwestern city of Bulawayo where women were excluded from a housing scheme and replaced with male candidates.

“Data show widows are losing out on estates because relatives bribe officials at the deeds office and put a different name (on the deed),” he said.

TIZ also recorded cases of women who confirmed they were exploited sexually in exchange for vending spaces in the city.

Malandu Ncube, a councilor at Bulawayo City Council, said the authority was aware of the problem and urged victims to come forward.

But deep-rooted cultural beliefs and blaming women rather than men for sextortion might make it hard to root out the problem, said Reginald Shoko, chair of the Affirmative Action Group, a non-profit association.

Shoko said some would doubt “sextortion” was real as sex is seen as a normal exchange between adults.

“It feeds into the perception that when most women make it to leadership positions, they would have offered sexual favours,” said Shoko. Thomson Reuters Foundation

Zifa ordered to pay back US$1,2 million debt