Alick Macheso has warned Suluman Chumbetu’s dancers to stick with the Orchestra Dendera Kings outfit for their personal growth. 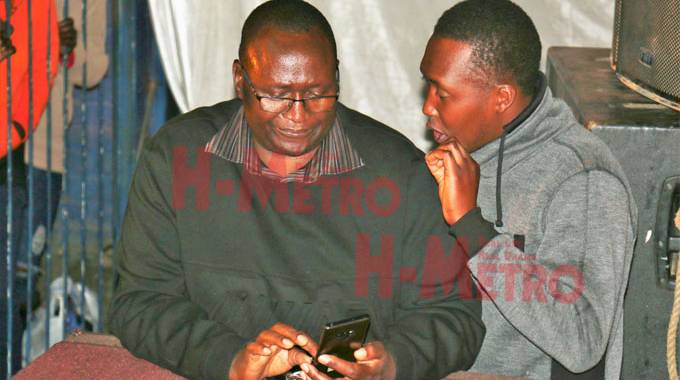 Macheso publicly warned them along with returning instrumentalists during a show held at Platinum Leisure Centre in Mutare over the weekend.

Among the dancers and instrumentalist who were warned by Macheso are Darlington “Matoki” Chabata, Phillip Dzivike and drummer Silas Chakanyuka who once deserted the group in the UK only to return after some years.

After being called, Silas and Matoki moved up front to be recognised by fans.

Macheso welcomed them and lifted their hands one by one while give brief history of them.

“I worked with Silas Chakanyuka for a long time at Madzibaba Zakaria when he was still very young.

He went on to give a brief profile of Matoki during the show.

“I was seeing him mimicking Michael Jackson since their teenage,” said Macheso lifting Matoki’s right hand to the crowd’s thunderous applause.

“This is Fidza, his official name is Phillip Dzivike and he is now called Fidza Philosophy.

“They are children who grow up under the care of my elders (Simon and Naison Chimbetu).

“This time around they are now working under Suluman Chimbetu’s Orchestra Dendera Kings,” said Macheso.

He urged Sulu and his band members to respect fans.

“Today we are here in Mutare, I was shocked seeing them (dancers) here and I said to myself that is good, I am very excited, God be praised forever and ever.

“Let’s protect our jobs wherever we are, musarase chirimumawoko nekuda kuwuchira, because these jobs take care of our precious lives,” he said.

When Sulu was about to wrap up his opening act, he invited Macheso and it stretched to 1:05am.

Sulu encountered problems when he was about to leave the stage.

On his way out, the crowd mobbed him until the Zimbabwe Republic Police and Zimbabwe Military Police helped him off the stage, heading to his Mercedes Benz.

“Thank you the whole of Manicaland for making this show a success.

“Surely, this was one of your biggest shows ever here in Mutatre at Platinum Leisure Centre.

“We will soon bring more of such projects from dancehall to even jazz and gospel as you have endorsed this venue.”

Joint owner Esau Mupfumi was equally excited by the attendance.

“When the whole of Manicaland say declare this as a Sungura-Dendera gala, who are we to say no to their demand.

“Here, we always do what Manicaland masses say do.

“We just now asking beverage companies to come and partner with Platinum Leisure Centre so that we make this Manicaland people’s dream come true, imagine how many beer pints and beverage drinks that have been consumed by those who followed these Chimbetus and Macheso fans 1980?” asked Mupfumi. H-Metro