The National Railways of Zimbabwe (NRZ) missed its passenger target in the first six months of the year by five percent to 508 148 people. 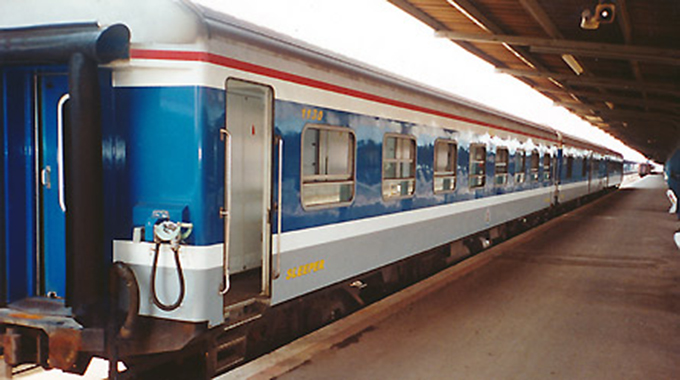 NRZ public relations manager, Mr Nyasha Maravanyika, said during the period under review, the parastatal had set a target of 535 532 on its commuter and inter-city passenger trains.

“After starting the year strongly with patronage exceeding target, passenger numbers started falling with the introduction of Zupco buses by the Government in urban areas.”

Mr Maravanyika said most of the passengers were on the inter-city passenger trains, which had a total of 364 613 passengers.

“More people are turning to the inter-city passenger trains as they are cheaper compared to road transport,” he said.

On the other hand, he said demand for the commuter train service in Bulawayo was subdued with 143 535 people boarding the train, which plies the City-Cowdray Park route against a target of 260 000 passengers.

“In January, a total of 55 865 commuters boarded the commuter train, 140 percent above target.

NRZ re-introduced the commuter train service in Bulawayo in November 2018 in response to a plea from residents after commuter omnibus operators raised their fares. The parastatal also runs a total of five inter-city trains in the country.

Mr Maravanyika said the inter-city passenger service surpassed its target of 275 532 passengers by 32 percent with NRZ failing to meet demand as more people resort to travel by rail.

“Patronage on the inter-city routes has been on an upward trend since January when 48 905 people boarded. In June, a total of 78 335 people boarded the trains,” he said.

NRZ projects that 478 148 people will board the inter-city passenger trains in the second half of this year. The railways firm runs inter-city commuter trains between Bulawayo -Victoria Falls; Bulawayo-Harare; Harare- Mutare; Bulawayo-Chiredzi and Bulawayo- Chicualacuala. The Chronicle

I am not a fugitive: Minister Nzenza