By Arron Nyamayaro and Desmond Munemo

A Domboshava woman, struggling to handle a polygamous marriage, was yesterday fined for infidelity after allegedly bedding a nephew. 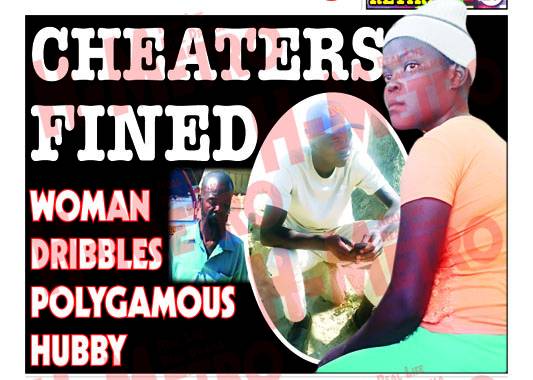 She was accused of cheating with a son to her husband’s brother.

The two who were in incestuous relationship were fined by Chief Chidziwa, real name Lister Chidziwa, yesterday.

Precious, who denied bedding Moses, was made to pay a beast while her lover Moses was fined two beasts for the taboo.

Before yesterday’s hearing, the two were bashed by Roparashe after he got wind of the shenanigans.

Roparashe, who attends Johanne Marange Apostolic sect, teamed up with his brother in assaulting his fourth wife after discovering that she was dating his young brother Dambudzo Nyore’s son.

Narrating the story, Roparashe said Moses could have been forced to date Precious.

“I learnt from my niece that my fourth wife was bedding my young brother’s son and I confronted the two.

“My wife told me that Moses had only fondled her breasts denying having sex as alleged and we met as a family to settle the issue.

“I led the whole family in assaulting Moses since he is our son.

“My young brother and I were the only ones who assaulted Precious on the grounds that she admitted to being fondled and keeping it a secret since August last year.

“I later received reports from villagers that the two have been in an illicit affair for some time.

“One of the villagers was reported to have mocked Moses over failing to propose young girls.

“We are still to know who brought the story to this court when we had resolved it as a family,” said Roparashe.

He dismissed reports that he divorced Precious and forced to accommodate her after his in-laws assaulted him and threatened to take the case before the criminal courts.

Moses told the court that Precious trapped him to marry her.

“Some of the village men were after her and I felt jealous and decided to express my affection on time.

“I had no plans of snatching her from my father but only to have sex with her.

“We were disturbed from having sex by a little girl who passed by,” said Moses.

Precious, who is still to have a child with Roparashe told the court that Moses fondled her breasts only for two minutes.

“I never had sex with Moses and I was assaulted by my husband along with Moses’ father.

“The two assaulted me with a stick after doing the same to Moses,” said Precious.

The case attracted Chirimuuta villagers where the family stays and Cheza villagers who are their neighbours. H-Metro

New role for Billiat at Chiefs?