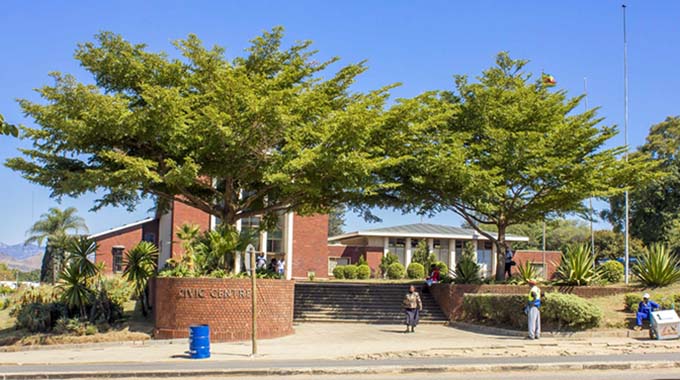 The market was originally designed to accommodate 48 working spaces but due to the ongoing vice more than 2 500 informal traders are now housed there.

Despite the exponential occupancy growth council is getting peanuts as rentals from a few traders yet the local authority is channelling a fortune to service the industrial hub by way of garbage collection and providing sanitation facilities.

Town Clerk Mr Joshua Maligwa revealed this week that the majority of people at the Green Market were not paying anything to council.

Mutare City Council not audited in over five years

“Originally, we have 48 recommended stands at the Green Market but we now have more than 2 500 people who are operating there. Most of them are not paying anything to the city,” he said.

“So for us to bring sanity and order we have to re-plan and accommodate people in an accountable manner that results in proper rent payments. This means that everyone will be in a position to pay to rent to council which means increased revenue collection.”

Council intends to re-arrange the Green Market as part of the Sakubva Urban Renewal project which has been funded to the tune of US$40 million.

“At the moment we are still in the process of developing the area. We have done the lay out and sourced the funds. The budget for Green Market alone is US$10 million.

“Initially the budget for the Sakubva Urban Renewal project was US$30 million but with the coming in of the Green Market the budget went up to US$40 million. The Green Market is going to be taken as a green field or a low hanging fruit where we intent to urgently implement the project,” said Mr Maligwa.

The renewal project will also result in the resuscitation of the Sakubva Flea Market, Sakubva Stadium and the Sakubva Produce Market among others.

“It is important for our residents to note that the Green Market is the first phase of the project and so it is supposed to be implemented as a matter of urgency.

“By year end something meaningful will be done and we hope that next month President Mnangagwa will come to break the ground and set the whole project in motion,” said Mr Maligwa. ManicaPost

Mutare City Council not audited in over five years