The Zimbabwe Warriors will have to negotiate a tough group that features Algeria and neighbours Zambia for them to qualify for the 2021 AFCON finals in Cameroon. 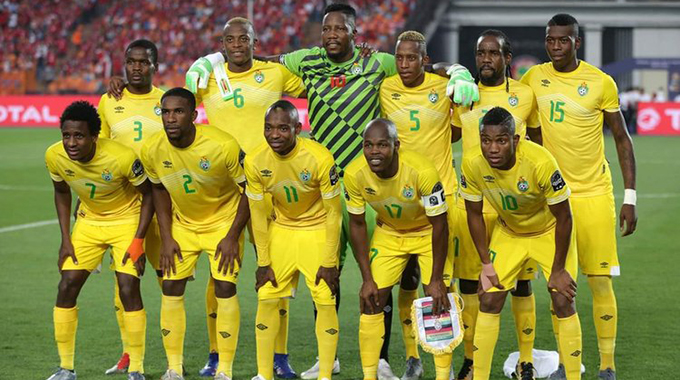 Botswana will be the lightweights of the group.

The Warriors will be bidding for their third straight appearance at the Nations Cup finals, for the first time in their history, after appearances at the last two AFCON showcases in Gabon and Egypt.

But, it will not be an easy adventure, with the Zambians desperate to end a run that has seen them missing the last two AFCON finals.

Chipolopolo and Bafana Bafana are considered the Warriors’ biggest rivals.

The Zambians won the 2012 AFCON finals while Algeria, who have been the stand-out team at this year’s Nations Cup finals, meet Senegal in the battle to be crowned champions of Africa in Cairo tonight.

Interestingly, the Warriors also met the Desert Foxes of Algeria at the 2017 AFCON finals in Gabon in a group match that ended in a 2-2 draw.

Nyasha Mushekwi and Kuda Mahachi scored for Zimbabwe but Riyad Mahrez, who has been outstanding at this AFCON finals in Egypt, scored an equaliser for his country.

The match appeared to be a carbon copy of the 2-2 battle between the two countries during the 2006 World Cup qualifiers in Algeria where Peter Ndlovu and Shingi Kawondera scored for the Warriors.

The reverse encounter in Harare had ended in a 1-1 draw.

Zimbabwe and Zambia rarely meet in the AFCON qualifiers but, during the 1994 Nations Cup qualifying battles, they featured in two epic matches in Lusaka and Harare.

The teams settled for a goalless draw in Lusaka and the Warriors, needing a win to qualify for their maiden AFCON finals, appeared on course at the National Sports Stadium when Henry McKop fired them into a first-half lead.

But, after striking the post, they fell to a sucker punch when Kalusha Bwalya headed home the equaliser, with 10 minutes left in regulation time, to take Chipolopolo to the finals in Tunisia.

An estimated 60 000 fans, who had converged at the National Sports Stadium, were left a disappointed lot following their team’s heartbreaking failure to clear the final hurdle.

To rub salt into the wounds of the fans, the Zambians went all the way into the final of that 1994 AFCON showcase only to lose 1-2 to Nigeria’s Super Eagles.

The Warriors have a CHAN assignment against Mauritius next week and are coming from a disappointing show at this year’s Nations Cup campaign.