Championship winning coach, Lloyd Chitembwe is back at CAPS United ending weeks of speculation as to his whereabouts. 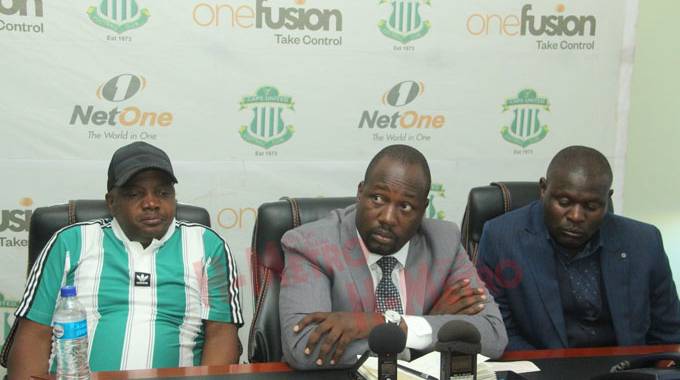 Makepekepe called for a press briefing yesterday where they said Chitembwe had flu and they did not want him to mix with players.

“The coach was not feeling well, he had flu and in football we don’t want to mix with players since it can affect the entire team.

“So he (Chitembwe) with his experience did what he has to do. But that is now in the past, he is okay now,” said team president Farai Jere.

“Tutisani (Nhamo) is the one who is involved in our day to day running of this club. He invests in this business. So there is no way why he would like to sabotage his business.

“He would never invest and then do something that does not make his investments grow,” said Jere.

Chitembwe said he is disappointed with the speculation that he wants out.

“I am feeling better now but I am disappointed about the speculations, I am also a human being, it affects me as well.

“The rumors were starting to affect my family, friends and the players as well. I feel like somewhere somehow someone did not do their job well.

“I am happy to be back; I will resume duty tomorrow (today). We will regroup,” said Chitembwe.

Chitembwe said he has no intentions of beefing up his squad despite losing one of his players Gabriel Nyoni who is set to join Maritzburg United. H-Metro

‘I use cow dung for periods’