A gang of seven men allegedly attacked a storekeeper in Nkayi with okapi knives, an axe and knobkerries for being rude. 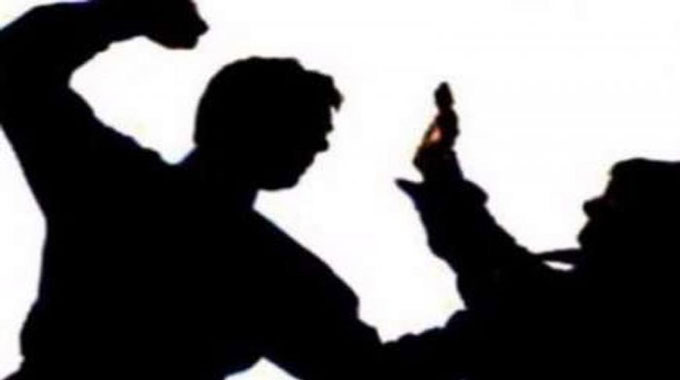 The gang allegedly stabbed and axed Mr Smile Sibanda for responding rudely when they asked him where they could find his brother, Lungisani.

Police arrested one gang member and the other six are on the run.

Khangelani Nkomo (42) appeared Bulawayo magistrate Mr Trynos Hutawashe who did not ask him to plead to attempted murder and malicious damage to property charges.

The magistrate remanded Nkomo in custody to July 18 for trial.

Nkomo allegedly axed Smile (37) on his head and stabbed him on the neck with an okapi knife.

The court heard how Nkomo and his six accomplices went to look for Lungisani, the owner of Sithokozile Lusinga shop in Nkayi and found his brother, Smile.

The prosecutor, Mr Jethro Mada said on December 27, 2018 at around 4PM, Nkomo asked Mr Sibanda about the whereabouts of the owner of the shop and Smile responded rudely.

What Smile said to anger the gang was not revealed in court.

“Nkomo struck Mr Sibanda with an axe intending to commit murder and further stabbed him on back part of the neck with an okapi knife.

He further damaged a door on Sibanda’s shop by striking it several times with an axe,” he said.

Mr Mada said Mr Sibanda was rushed to Mbuma Mission Hospital in Nkayi as he sustained deep cuts on the head and neck.

He said Nkomo was arrested soon after Smile recovered enough to make a report.

The value of the damaged door was $60 and nothing was recovered. The Chronicle