The Judicial Service Commission (JSC) will today conduct a pre-interview written assessment test for the 43 candidates who have been nominated for the eight positions on the High Court bench. 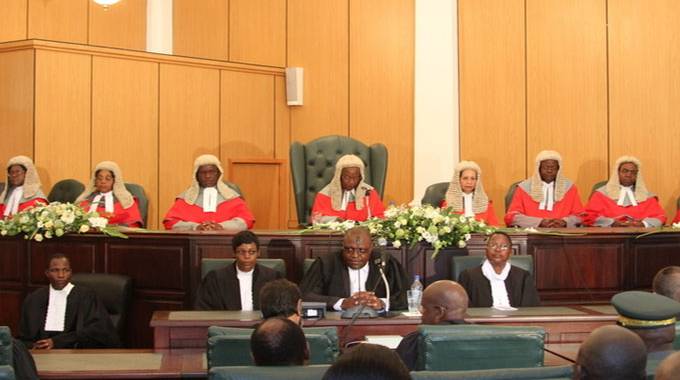 In an interview yesterday, the JSC deputy secretary Mr Sithembinkosi Msipa said the pre-interview assessment is meant to streamline the numbers and those successful will then participate in the second stage of the public oral interviews scheduled for 8-9 July.

“Following the invitation to members of the public and to His Excellency, the President of the Republic of Zimbabwe, to nominate suitably qualified persons to be appointed as judges of the High Court, in terms of the constitution, JSC received 43 valid nominations. Those nominated will tomorrow undergo the first stage, which is a pre-interview written assessment so that we are able to streamline the number of those who will participate in the main interviews on July 8 and 9,” he said.

Mr Msipa said the candidates will be quarantined for transparency purposes.

The interviews, to be conducted at a hotel in Harare, will be open to the media and members of the public. The interviews are an important part of the appointment process for judges laid down in section 180(4) of the Constitution, which provides guidelines on the appointment of judges of superior courts.

They come after the earlier stages in the process already taken by the JSC – advertising the vacancies and inviting the President and members of the public to put forward qualified candidates, and preliminary vetting of the nomination documents.

After the interviews, the JSC will decide on a list of “qualified persons as nominees for” the eight posts, and send the list to the President.

Having received the JSC’s list of nominees, the President must then, unless he considers that no-one on the list is suitable for appointment to the High Court, make the eight appointments from that list.

If the President considers that none of the persons on the list is suitable for the appointment, he must require the JSC to submit a further list of qualified persons and must make the appointment from that second list. The Chronicle

Courts to exclusively deal with machete gangs set up