It could have been better

SUNDAY Chidzambwa’s men were visibly disappointed for walking away empty-handed after giving hosts Egypt a good run for their money at the Cairo International Stadium. 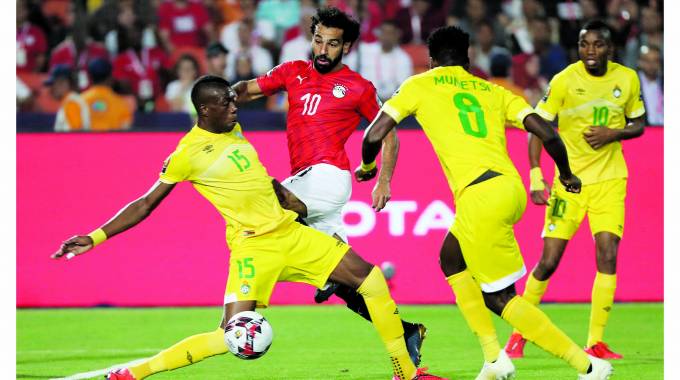 On the other hand, the Pharoahs welcomed a laboured opening match win although their fans were far from being convinced that this team can power its way to an eighth African Cup of Nations title. For Zimbabwe, a lot of hours went into coming up with a game aimed at ensuring that the hosts of the 32nd edition of this football fiesta did not boss the tournament opener.

And it all seemed to be going according to plan with Devine Lunga doing a fine job on Mohammed Salah, Marvelous Nakamba justifying his high ratings and goalkeeper Edmore Sibanda answering his critics in the best possible way, on the grandest stage Africa can offer a footballer.

The Pharoahs were stopped from getting into their groove and there were times when the over 75 000 strong crowd went deafeningly silent, times when the Warriors asked serious questions of the hosts.

Khama Billiat shimmied past defenders and left them for dead on several occasions, Knowledge Musona had a pop from range and substitute Evans Rusike skied a header from Talent Chawapihwa’s fine cross. Indeed, the Warriors had their moments but they were not gilt edged.

However, the most defining moment was when skipper Musona tried a fancy turn, ran into trouble deep inside his own half and gave Mahmoud Ahmed Ibrahim Hassan room to show why they have nicknamed him Trezeguet in these shores.

That curling strike, from a suspiciously offside position, settled the Group A opener as Egypt answered all the questions Zimbabwe asked of them in a second half that could have been much better had Chidzambwa not delayed bringing in fresh legs.

Nyasha Mushekwi looked troubled with an injury picked up in the second half and was anonymous for most of the second stanza. Musona was a peripheral figure while after a few darting runs and awful fouls on him, Billiat ran out of legs.

“Our second half was awkward,” admitted Pharoahs coach Javier Aguirre in the post-match press conference.

“Zimbabwe had a very good second half and their movement in midfield caused us a few problems. But then again they did not create many clear-cut chances, they had one or two long range shots but nothing really to trouble us.

“I want to congratulate coach Sunday for a good game and wish him all the best in the coming games,” he said.

He sang the praises to Mhofu again as the two coaches retreated to their respective dressing rooms after the mandatory press conference.

“You have a good team coach,” the Mexican told Chidzambwa.

But the Warriors gaffer knows that his team could have been better, can be better and has to be better if it wants to take this Afcon dance beyond the group stages.

“It was a game of two halves,” said Zimbabwe’s most decorated national team coach.

“The second half was a very good improvement and we should have put away the few chances we created but these things happen in football.” The Sunday Mail

Nakamba talk of the town!