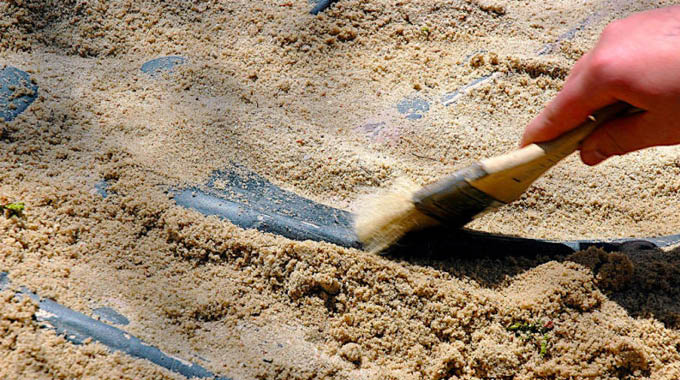 A 97 percent almost complete dinosaur skeleton has been found in Zimbabwe and parts of it presented to the public for the first time last month at National Museums in both Bulawayo and Harare.

Provisionally identified as a Late Trassic (Carnian) by palaeontologist Christopher Griffin, a Doctor of Philosophy candidate with the Department of Geosciences at the Virginia Polytechnic Institute and State University, when finally presented in academic journals, it could hold the record of being the most detailed dinosaur skeleton ever found.

Currently, what is arguably regarded as the most complete skeleton ever found is the Tyrannosaurus Rex (1990) by Susan Hendrickson in South Dakota. It’s 90 percent complete and was auctioned in October 1997, for US$8,3 million, the highest amount ever paid for a dinosaur fossil, and is now a permanent feature at the Field Museum of Natural History in Chicago, Illinois.

Griffin said since 2015 he had been engaged in his study, using modern technology, he managed to move forward a study done in 1990 at the Zambezi Valley by Dr Mike Raath.

“There is a certain rock that is associated with old fossils and using google maps we managed to locate places where we could dig. Unlike in the past when others (Raath and McIntosh) would comb a whole bush, we knew where to look,” said Griffin on the sidelines of his presentation in Bulawayo.

Carnians existed an estimated 237 to 227 million years ago. They became extinct because of a climatic condition referred to as “Carnian Pluvial Event” which was replaced by a more humid climate.

The almost complete specie Griffin says was found in the Dande Valley.

“Zimbabwe is a very central place if you want to study the origins of the dinosaurs. Some species have been found here before and for this particular find we went to the Dande Valley,” he said.

The Dande Valley is situated in the Northern parts of Zimbabwe near the Zambezi River, the area brings together bordering areas with Zambia and Mozambique.

Griffin’s find the first time around in 2015 encouraged him to dig more and recently his team found components linked to the skull.

“We collected about a thousand bones in 2015 in an area of about half-a-square kilometre. That led to more findings last year and currently we are still excavating for more fossils,” he said.

Griffin said his find is a small to medium size, lightly built animal that could grow up to three metres. It’s also one of the earliest dinosaurs that dominated the Southern Hemisphere.

“It’s one of the first dinosaurs to walk on earth. This particular one was found in Pangea (a supercontinent that brought together South America, India, Africa, Eurasia, North America, Antarctica and Australia,” he added.

But 2017 and this year presented his big break.

“In 2017 we found a nearly complete skeleton of a smaller Sauropod Morph dinosaur, including much of the skull. In 2019 we have found a partial skeleton, including a few skull bones, of a large Theropod dinosaur,” he said via email.

School children found strange looking bones on their way from home in Nyamandlovu 40 kilometres North West of Bulawayo around 1965. They reported their find which grabbed the attention of Dr Mike Raath. He led an excavation to discover what would later be known as “Syntarsus Rhodesiensis”’ four years later. He classified it as “primitive carnivorous” relatively small in size.

“In most cases ordinary people find unique looking things and I encourage that if one comes across such, they should contact archives or museum experts. That is how some amazing things are found,” added Griffin.

Foot tracks of the Syntarsus Rhodesiensis were later found in the same area, Nyamandlovu in 1972, they were dated to about 220 million years ago. Larger footprints were located in the Zambezi Valley around Mana Pools and Chewore in 1984. They were said to be between 145-170 million years old.

Over 700 different species of dinosaurs have been identified and named. However, palaeontologists believe there are many more new and different dinosaur species still to be discovered. Griffin said the name of his find will reflect a Zimbabwean identity.

“When it’s finally recognised, it should carry a local name, it could be along the lines of the province it was found in (Mashonaland Central) or the very particular location (Dande),” he said. B-Metro

Bread and butter issues in the midst of economic hardships in Zimbabwe… how are breadwinners coping with the tough times? (Part 2)