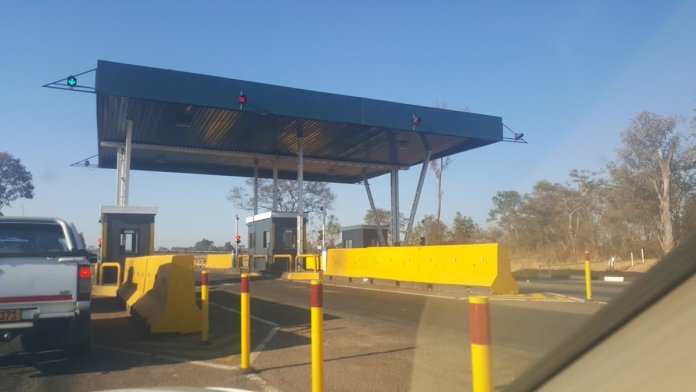 The Criminal Investigation Department (CID) Rusape has busted a six member syndicate of toll collectors at Rusape tollgate that used to siphon thousands of dollars by allegedly tampering with the system.

Manicaland police spokesman Assistant Inspector Luxson Chananda confirmed the six’s arrest. The six are represented by Taurai Khupe, of Khupe and Law Chambers. Said Khupe: “The suspects have been arrested on charges of fraud but they are denying the charges. As of now I am going through the State papers.”

According to the Police, the offence was committed between March 27 and April 11, 2019 at Rusape tollgate.

“The six are toll collectors stationed at Rusape tollgate. They interfered with the system to steal and remit less amounts than they would have collected, to Intertoll Zimbabwe,” said Chananda.

“There are trucks that the Zimbabwe National Road Authority (Zinara)  classified at class six. These trucks should pay a toll fee of $10 each time they pass through the tollgate and that amount should be entered into the system and remitted as such to the Intertoll Zimbabwe,” said the police spokesperson.

“However, each time one of the six suspects was on duty, they would reclassify and downgrade the class six trucks to class five that pay $5. They would enter $5, instead of $10, into the system and share the balance with the truck drivers, prejudicing Intertoll Zimbabwe of the $5 they would have shared with the drivers,” said Chananda.

He said the six’s alleged fraudulent activities came to light after the station manager one Tsoka received a tip-off from the motoring public and instituted investigations.

The internal investigations established that this was what has been happening. It could not be established when the scam started, and how much the road authority could have been cumulatively prejudiced. Zimmorningpost