Zimbabwe secured third place at the Cosafa Cup after defeating Lesotho 5-4 on penalties at the Moses Mabhida Stadium on Friday evening. 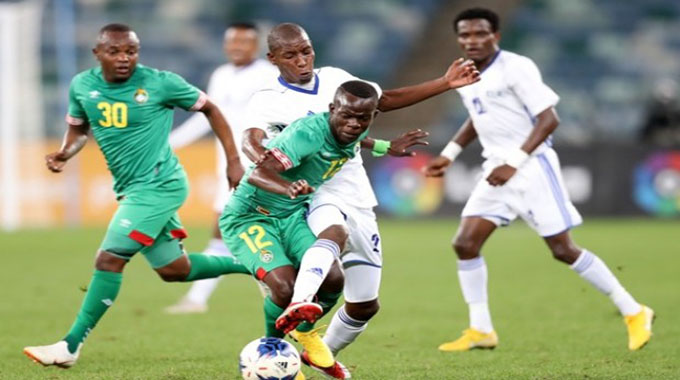 The Warriors displayed their dominance as early as the 14th minute when Tafadzwa Rusike ran into the area to poke into an empty net.

However, the Warriors surrendered their advantage on 33 minutes when Jane Thabantso curled home from outside the area.

Lesotho brought in Tsoarelo Bereng for Tsepo Tlolane at the start of the second half, with the Brave Warriors unchanged.

Zimbabwe were on the attack shortly after the break when Rusike struck the side-netting from the byline, with Thabiso Lichaba in a spot of bother.

A moment of brilliance from Leeroy Mavunga restored Zimbabwe’s lead on 60 minutes after beating Lichaba from close-range.

Seven minutes later, Lesotho were level for the second time on the night, with Black Leopards midfielder Tshwarelo Bereng finding the back of the net.

Lichaba was forced off the field through injury following a collision in the last 15 minutes, as Samuel Khetsekile rolled in.

The pace of the game slowly drilled out afterwards, forcing the encounter into a penalty shoot-out to determine the winners.

Zimbabwe kept their cool in the shoot-out, converting all five of their kicks to secure the bronze medal. KickOff.

7 years for sheeben death by stoning