Armed police used tear gas on Thursday to disperse demonstrators demanding the resignation of Malawi’s president after an election they say was rigged, escalating the state’s response to protests that began two days ago. 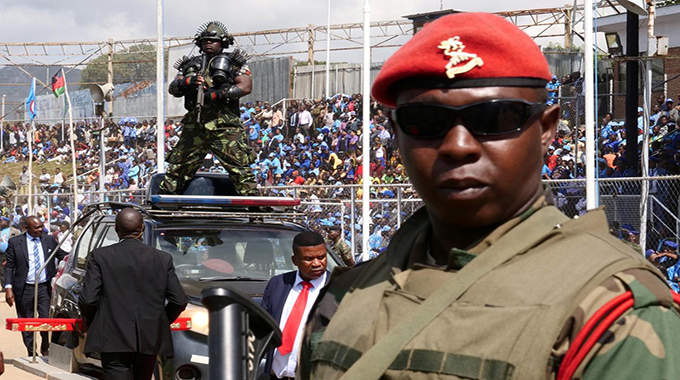 Thousands of supporters of opposition parties took to the streets of the capital Lilongwe, a Reuters witness said, with one group occupying a complex housing the presidency and government offices for a third day.

Protesters said police had also fired bullets, and police spokesman James Kadadzera said a child had been “accidentally shot” but survived. He provided no further details.

Opposition parties complained of irregularities including polling station results sheets with sections blotted out or altered with correction fluid, but the state electoral commission ratified Mutharika’s victory on May 27.

The protests have gathered momentum since Tuesday.

“The crowds were getting violent today so we decided to fire tear gas to quell the protests,” the police spokesman said.

Reuters could not independently verify witness accounts that the child had been shot with a live round, and hospitals in the city declined to say if they were treating any victims of bullet wounds. Most of the protesters support the main opposition Malawi Congress Party (MCP), which is challenging the electoral commission’s verdict along with another party, the United Transformation Movement.

“We will not fear the police, we will not be stopped until Mutharika steps down because he stole this election,” MCP secretary general Eisenhower Mkaka said.

A spokesman for the president’s Democratic Progressive Party (DPP) accused the MCP of creating unrest to make it difficult for Mutharika to govern.

“We won the election clean and fair and …the opposition should accept defeat and agree to work together (with us) to correct Malawi’s many ills,” Nicholas Dausi said.

Mutharika, 78, a former law professor, presided over improvements to infrastructure and a slowdown in inflation during his first five-year term, but critics accuse him of corruption and cronyism. He denies this.

The small, landlocked country won independence from Britain in 1964. After an initial period of economic and social stability, it is now ranked among the poorest countries in the world, reliant on donor funding and tobacco and tea exports.