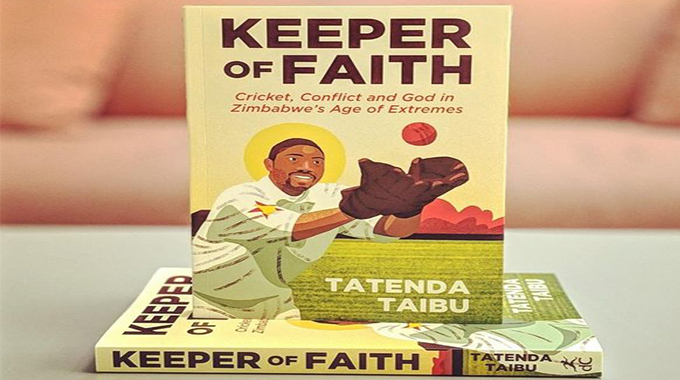 Ex Zimbabwean international cricket wicketkeeper and batsman, who was also the youngest ever Test captain, Tatenda Taibu will be in Nantwich on June 28 to talk about and sign his autobiography Keeper of Faith — Cricket, Conflict and God in Zimbabwe’s Age of Extremes.

The book covers his uncompromising upbringing in the township of Highfield, Harare, to becoming the youngest Test skipper in history and the first black player to captain Zimbabwe in the sport, quitting the game at the age of 29 to pursue his faith.

In this revealing book, Taibu lifts the lid on the challenges of representing Zimbabwe in the era of former president Robert Mugabe and details how constant controversy and conflict ultimately restrict meaningful progress.

Tickets for the event are £15 per person, which includes a copy of the book and the venue in Nantwich will be decided closer to the event time.

“We are really excited about Tatenda coming to Nantwich to share his story.

“As with other sports stars we have hosted in the past, we hope to have a bumper crowd on June 28.” Cheshire-live.co.uk