Sala father: ‘My son was abandoned for fatal flight’

Emiliano Sala’s father said the people who should have looked out for the footballer “abandoned him like a dog”.

Horacio Sala, whose son died in a plane crash in January, was interviewed before he himself died in April.

An aviation expert has told the BBC the fatal flight from France, which was heading to Cardiff, should not have taken off.

Cardiff City said the crash was an “abject tragedy” and they were doing all they could for Emiliano’s family.

Nightmare season finally over for United

Horacio Sala died not knowing why his son perished on a winter’s night over the English Channel. The same questions still haunt the rest of the Sala family.

Four months on from the tragic events of 21 January, the footballer’s relatives and friends are still struggling to understand why the striker, who had just become Cardiff City’s record signing, ended up being flown across the English Channel in tricky conditions by a pilot, David Ibbotson, who may not have been the right man for the job.

They also want someone to be held accountable for his death.

After an extensive search the plane was located on the sea bed and Sala’s body was identified. Mr Ibbotson has never been found.

BBC Wales Investigates travelled to Argentina to speak to Sala’s parents and close friends to find out more about the man who died within 48 hours of the biggest transfer of his career from FC Nantes.

There is an ongoing legal battle to establish whether he was officially a Cardiff City player. The Welsh club said the transfer was not at a stage where it was legally binding and Fifa is now investigating.

In Sala’s small home town of Progreso, people are more concerned about the events leading up to his death.

Horacio Sala said all the parties involved, including Cardiff City and Sala’s representatives, should have done more to look out for his son’s welfare.

“I always expected to find him alive, but when the news said the plane was in the sea, it became impossible,” he said.

“Why was it so hard for them to find something safe? Why couldn’t they?

Sala’s mother Mercedes Taffarel said she found it hard to let her son leave home as a teenager to pursue his dream of being a footballer, but she was immensely proud of him.

She has a picture of them together the last time she saw her son, just after he had finished a match.

“It still hurts so much,” she said. “I think he’s going to call me on the phone, but no. It’s terrible, a pain that I can’t explain.

“He had succeeded in becoming the footballer he always wanted to be. He could have done so much but, well, God took him,”

Alastair Rosenchein is an experienced former pilot with 15,000 hours of flying time. Having studied the conditions at the time and the pilot’s experience, he said the plane should not have taken off.

“There are a number of things that concern me,” said Mr Rosenchein. “It was a single-engine flight over a long stretch of water, in winter at night in icing conditions with a strong likelihood of entering cloud and a cold front coming through.

“One of the hardest decisions a pilot takes is making the decision not to go, and that is the decision he should have made.

“Without question I think most pilots would have not done that flight.”

Since the crash, serious questions have been asked about Mr Ibbotson’s experience.

He was not qualified to fly at night, and was thought to have been colour blind. He did not have a “night rating” on his UK private pilot’s licence.

The proposed flight plan from Nantes to south Wales was under a term called Visual Flight Rules – meaning Mr Ibbotson needed to be able to see where he was going.

“The speed at which a pilot can become disorientated if he’s not instrument flying is very, very quick indeed,” said Mr Rosenchein.

“The closest analogy to that is if you have a clear area of ground in front of you and you decide to walk with your eyes closed.

“After three or four steps you begin to get disorientated and you will find after 10 or 15 steps you will not be going in the direction you thought you were.”

Who chose the pilot?

Many people were involved in negotiating the transfer, but it is less clear who was responsible for Sala’s final journey.

Cardiff City said they offered him a seat on a commercial flight but instead a private plane was hired for him by former football agent Willie McKay.

Neither Mr McKay or his son Mark, who was acting for Nantes in the transfer, wanted to be interviewed by BBC Wales Investigates but they have always said they did not select the plane or pilot.

For their part, Cardiff City said they had “grave concerns” about the choice of Mr Ibbotson to fly the plane.

Willie McKay was involved in the early stages of the transfer. An e-mail sent by him to Sala admitted placing a story in a newspaper to generate more interest in the player.

Mr McKay is no longer a football agent but admits helping his son Mark in the negotiations over Sala’s move to Cardiff City. 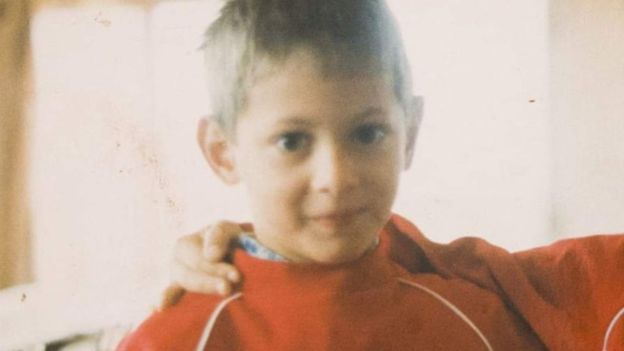 Cardiff City: Deal was not done

Cardiff City told BBC Wales Investigates that for them there is no doubt that Sala’s transfer from Nantes was not completed, but they are doing their best to support his grieving family.

A club statement said: “This season has been one of abject tragedy for everyone who knew Emiliano Sala. In this unprecedented situation, Cardiff City conducted a review to establish the facts. The status of the agreement between the two clubs is clear: the transfer between FC Nantes and Cardiff City was not completed. Legally, there is no grey area.

“We were very excited about Emiliano preparing to join Cardiff. Tragically, his life was cut short before that could take place.

“Cardiff City has been working with the appropriate parties to ensure that the Sala family is taken care of – as a matter of principle. And we would encourage others involved to do the same.”

FC Nantes said: “FC Nantes understands perfectly the pain of Emiliano Sala’s family and the misunderstandings that may result.

“The club, like all of its players, was committed to supporting Emiliano Sala from his signing in Nantes in 2015 until his signing with Cardiff.”

It is clear Emiliano Sala’s legacy will live on in his hometown.

The club he played for as a child, St Martin, are naming their ground after him. The club’s teams now play in commemorative shirts bearing his picture.

Horatio Sala died not having come to terms with his loss. Two weeks before he died he admitted to the BBC that he had taken little comfort from his son’s funeral.

“There was no consolation, there was nothing,” he said. “These are things you can never forget. Nothing matters anymore.”

Martin Molteni was Sala’s closest friend at school. Like all the footballer’s friends and family, he says he was proud to see him succeed in Europe. But he also wants answers, and someone to be held accountable for the crash.

“It was a really big thing for us that our friend, someone who lived with us, who played football with us, who went to school with us, went to play at a big club in France.

“That person has to pay.” BBC News

Ecuador hands over Julian Assange’s belongings to US

Nightmare season finally over for United