South African police yesterday arrested two suspects, aged 38 and 39, in connection with the smuggling of drugs worth R2 million and counterfeit goods into that country via Beitbridge Border Post. 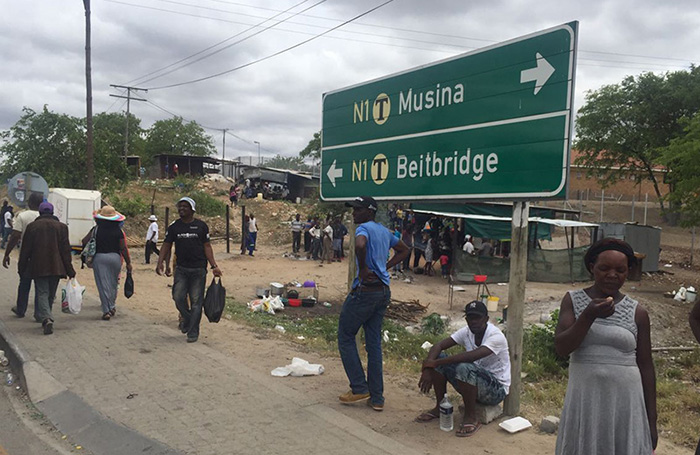 He said the drugs were seized from a woman on Sunday morning at around 6am.

The suspect’s nationality will be revealed soon

“The arrests involved the seizure of drugs worth approximately R2 million and the recovery of counterfeit goods worth thousands of rands during separate incidents around the Makhado and Modimolle clusters,” said Col Ngoepe.

“On Sunday at around 06h00, our members were performing their normal duties at the Beitbridge port of Entry in the Musina policing area when they searched the luggage belonging to a 38-year-old woman.

“During the search, police found 15xcrystal meth drugs with an estimated street value of over R2 million.

“Preliminary police investigations revealed that this woman was travelling from Harare in Zimbabwe to South Africa”.

He said the other suspect (39) was arrested in the Roadtan policing area outside Modimolle.

He said the man was arrested for possession of counterfeit cigarettes (illegal cigarettes) by police patrolling along the N11 and R33 cross roads near Rathoke Weigh Bridge.

“The police pulled off a Toyota Rav-4 vehicle, searched it and found these cigarettes with the estimated street value of R80 000, cellphones and knives.

“The origin of these cigarettes will be determined by the ongoing police investigations,” said Col Ngoepe.

He said the accused persons would soon appear before the Musina and Roadtan magistrates’ courts respectively adding further investigations were underway.

Limpopo’s acting Provincial Police Commissioner, Major-General Jan Scheepers, commended the police saying the arrests were a major breakthrough in their quest to fight crime. The Herald

‘I take full responsibility for the outcome of this election’: Maimane

Two policemen killed on duty after drunk driver collides into them