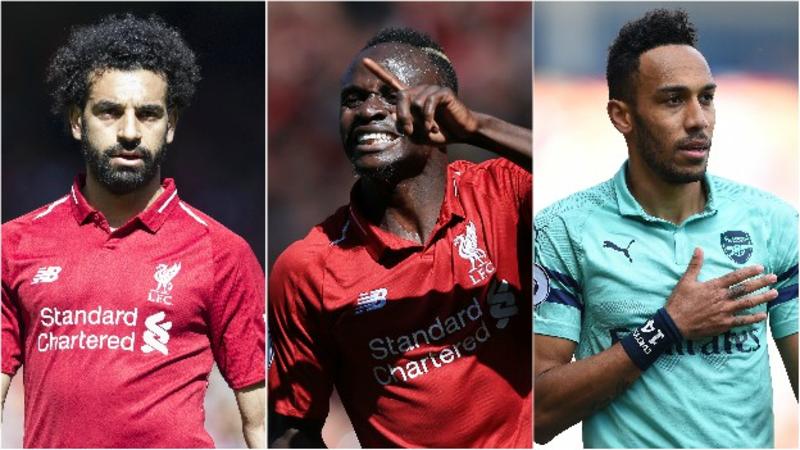 Aubameyang’s double for Arsenal at Burnley means he joins Salah and his Liverpool team-mate Mane, who scored against Wolves, on 22 goals.

It is the lowest winning total since 2010-11, when Dimitar Berbatov and Carlos Tevez shared the Golden Boot with 20 goals each.

Gabon forward Aubameyang who scored twice after the interval at Turf Moor said: “I share this trophy with two other guys I like, great players and African. We are representing Africa, that’s cool.

“I am happy we won, and I am sharing this [Golden Boot] trophy with two other guys I like. My team-mates knew about the Golden Boot, I said nothing. I did not want them to play and only focus on me. I am a team player.”

‘They are all my players’

The Liverpool manager Jurgen Klopp expressed surprise and happiness for the former Dortmund forward, who he signed from Saint-Etienne in 2013, when he was in charge at the Westfalenstadion.

“Auba too? Do they have three boots? It is good. They are all my players,” he said.

Salah, 26, scored 32 goals last term. That figure is the record for the most goals scored in a 38-game campaign.

He becomes the sixth player to win the award in consecutive seasons.

Tottenham’s Harry Kane, the last player to retain the Premier League Golden Boot, having won it in 2015-16 and 2016-17, finished on 17 goals following a campaign blighted by injury. BBC Sports

Mnangagwa is not God: Chamisa