A 46 year old man from Bulawayo has been arrested for allegedly stealing a solar panel, two goats and escaping from police cells. 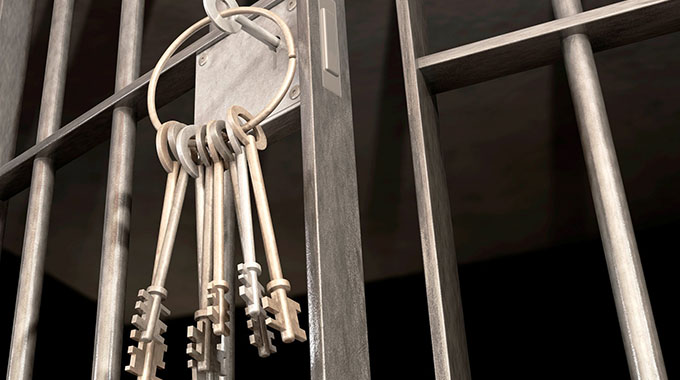 Kholwani Mpofu appeared before Bulawayo magistrate Mr Franklin Mkhwananzi who remanded him in custody to April 24 for commencement of trial.

Mpofu pleaded not guilty to stock theft and theft charges but pleaded guilty to escaping from lawful custody.

He was denied bail because he escaped from police cells.

Allegations are that on an unknown date but during the period between April 4 and April 5 this year, Mpofu and his accomplice, who is still at large, Albert Masuku, acted in common purpose and stole an 11-watt solar panel belonging to Mr Webster Kaweya.

The court heard that the solar panel was on the roof and is valued at RTGS$25. Investigations were made leading to their arrest and the recovery of the solar panel from Masuku.

Prosecuting, Mr Nkathazo Dlodlo said on April 4 and April 5, Mpofu and Masuku proceeded to Umguza and stole two goats which were at Lower Nondwane farm.

“Mpofu took two nanny-goats and slaughtered them in a bushy area. A report was made to the police and investigations were carried out.

“The two alleged thieves were found with the meat and led the police to where they had slaughtered the goats and skins, heads, hooves were found,” said Mr Dlodlo.

The total value of the goats is RTGS$700.

The court heard that on April 5 at around 5.30PM, Mpofu and his accomplice were arrested for a case of stock theft and were detained in the police cells.

The two bolted out of the fence through the gate and fled towards Umguza River. Mpofu was apprehended along the river in Reigate hiding in the bush and was taken to the station.

Police are still hunting for Masuku. The Chronicle