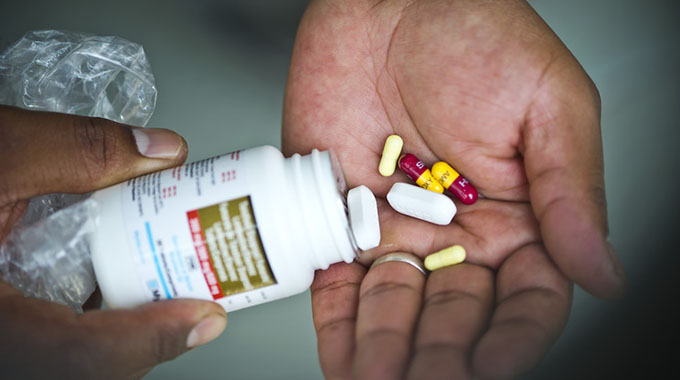 The Medicines Control Authority of Zimbabwe has extended the shelf life of selected ARVs after conducting research that show that the drugs are still effective.

The move put to rest fears by some patients who had complained that some health facilities were now dispensing expired ARVs.

In an e-mailed response to Sunday News, Permanent Secretary in the Ministry of Health and Child Care Dr Gerald Gwinji said the life span of the selected drugs has been extended to July.

“The Medicines Control Authority of Zimbabwe (MCAZ) extended the shelf life of selected batches of Tenofovir/lamivudine 300/300mg to June and July 2019 after conducting the necessary tests.

‘My mother died without telling me I had HIV’

The MCAZ processes include laboratory testing using internationally recognised protocols. The ministry has approved the distribution of the extended Tenofovir/lamivudine 300/300mg,” he said

Dr Gwinji said all health facilities in the country that have stock and patients on the drugs should continue to dispense the ARVs until the end of the shelf life.

“When a medicine attains expiry date as indicated on the packaging, and the product is of public health importance we may take a decision to have the product assessed by the relevant competent authority for potency and safety of use for a period beyond the indicated expiration dates.

“The process of extending starts with the ministry noting the need of that product within the system, the available stocks and its desire to reduce losses due to expiry. Six or so months before the expected expiration date and noting the likelihood of such stock being fully consumed before expiration date the ministry applies to MCAZ for the said assessment to be done.

“The MCAZ conducts rigorous regulatory and quality checks on the product and a multidisciplinary team of experts reviews the results before either approving the request or denying it,” he said.

“It is routine that when medicines reach the expiry date and there is still significant quantities or the medicines are vital (lifesaving) the holder may request efficacy testing by the Medicines Control Authority of Zimbabwe (MCAZ).

“Should the tests prove that the medicines are still active, their shelf life is extended. In 2018 the Department of Pharmacy Services in the Ministry of Health and Child Care applied to MCAZ for efficacy testing for batches of Tenofovir Disoproxyl Fumarate/Lamivudine (TDF/3TC) combinations which were expiring in June 2018.

‘My mother died without telling me I had HIV’