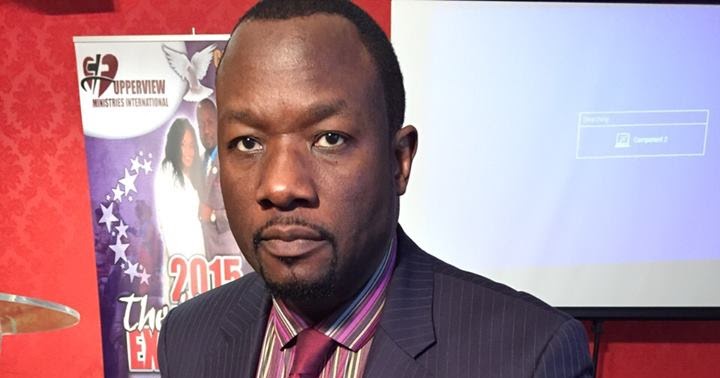 Pastor Admire Kasi on Monday appeared in court representing his real estate company, which is being charged with fraud that happened in 2002.

Pastor Kasi, husband to gospel musician Ivy Kombo, is back home from his United Kingdom base.

He appeared before magistrate Mrs Vongai Muchuchuti-Guwuriro and was remanded out of custody pending trial.

Prosecutor Mr Sebastian Mutizirwa indicated to the court that Pastor Kasi was not being charged in his personal capacity.

Ivy Kombo on why she left for the UK

It is the State’s case that sometime in 2012, Priscilla Moyo saw an advert in a local newspaper that indicated Adsa Real Estate was selling a stand in Bluffhill, Harare.

She became interested and proceeded to Adsa Real Estate offices on February 22.

Moyo, the State alleged, paid a total of Z$1 495 537 which she paid in three batches and in all the transactions she was given receipts.

After paying the full purchase price, Moyo who resided in Botswana then, gave her brother Kennedy power of attorney to sign the agreement of sale which was done on February 25.

It is the State’s case that on March 18, Moyo paid a balance of Z$580 000 and she paid the money to Adsa Real Estate’s secretary and was issued with a receipt.

She was promised that she would get the title deeds.

Moyo, the court head, did not develop the stand.

After sometime, her son Owen went to check on the stand, but was surprised to see someone developing it.

He then rushed to Adsa Real Estate’s offices where he was referred to the company’s lawyers since Pastor Kasi had relocated to the United Kingdom.

A police report was later made. The Herald

Luveve Cemetery to have a crematorium

Ivy Kombo on why she left for the UK