Sarri wants to retain Giroud at Chelsea next season

Chelsea boss Maurizio Sarri expects Olivier Giroud to stay at the club next season and said he believes the French striker wants to remain at Stamford Bridge. 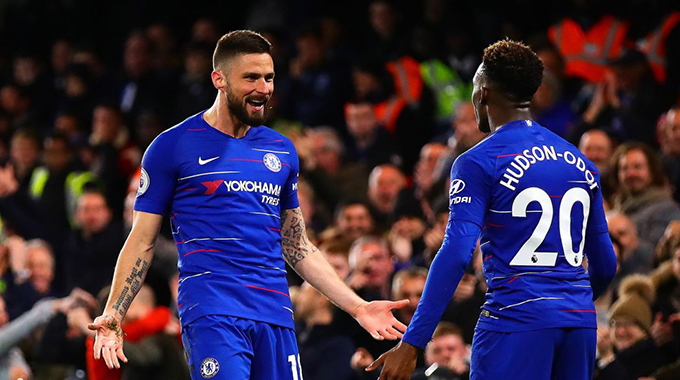 Giroud’s contract expires in June but Chelsea have an option to extend the deal by a further 12 months.

The 32-year-old, who joined from Arsenal last January, said last month that he wanted to move back to France after growing frustrated by a lack of playing time since Chelsea signed Argentine striker Gonzalo Higuain in the recent transfer window.

When Sarri was asked whether he wanted to retain the Frenchman’s services, he said: “Yes, of course.

“I know the club have an option for another season, so I think he will remain. Do I get the impression he wants to stay? I think so.”

Giroud, who helped France win the World Cup last year, has started only seven Premier League games this season. However, he has started the majority of Chelsea’s Europa League matches and is the competition’s top scorer with nine goals.

Chelsea, who were hit with a one-year transfer ban in February, lodged an appeal to Fifa’s Appeal Committee and the case will be heard on April 11.

Chelsea, who host West Ham United in the Premier League on Monday, are fifth in the table with 63 points. — SuperSport