Flamboyant businessman Phillip Chiyangwa has dismissed a FAKE NEWS story harvested from a FAKE Facebook account that had claimed the businessman gifted one Monalisa Charity Mutindivari with a new Mazda car after she took him out for lunch.

“It’s fake. People make them up. And I don’t know anything about that idiotic woman. Lately papers have been getting crazy with fake news,” Chiyangwa told Nehanda Radio.

“You asked for a laptop to use at school, sorry I failed to fulfil my promise in time, receive this small new Mazda car from my heart.” 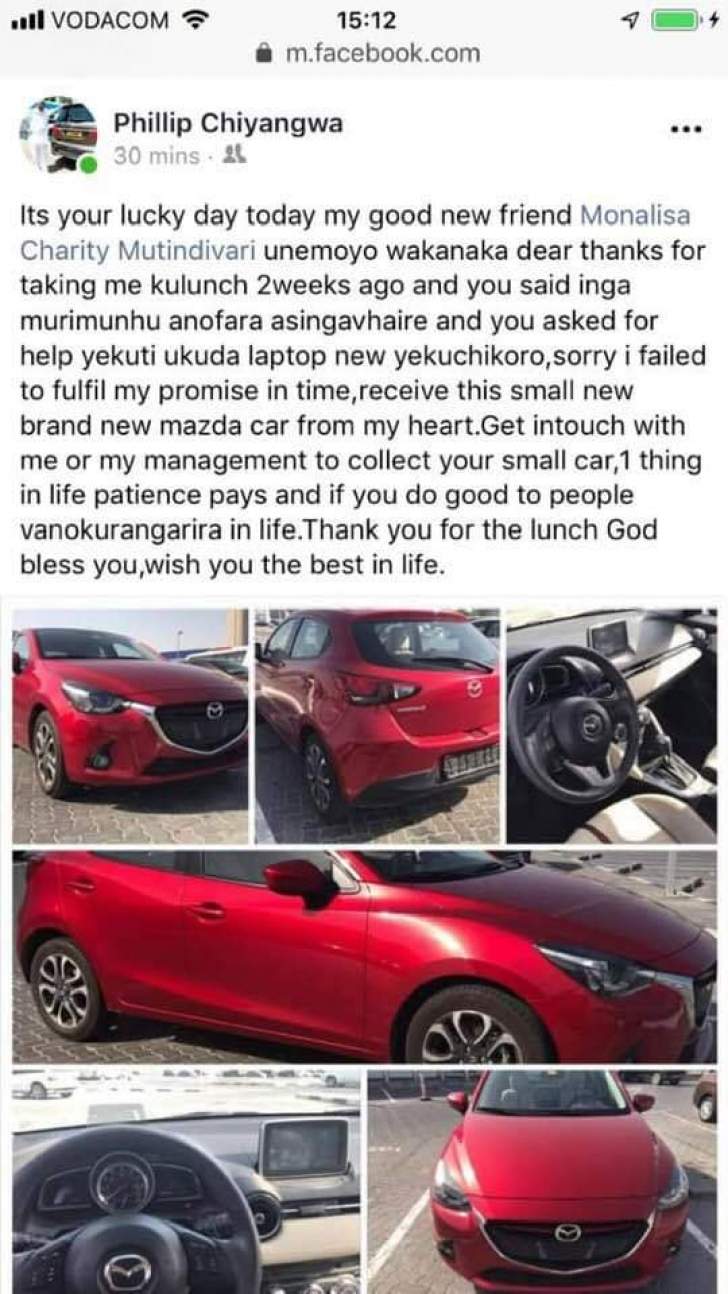 Bosso to get new re-branded kit