In a move that shows President Emmerson Mnangagwa has thrown one of his lieutenants, Vongai Mupereri, under the bus, the Chief Justice, Luke Malaba has ordered the imminent arrest of the former Mbizo legislator for contempt of court, Nehanda Radio has learnt.

The matter was heard under case number HC1237/18 and the applicant was DGL Investments vs Vongaishe Mupereri.

The court heard that Mupereri led a group of youths  to invade and engage in illegal mining at Gaika Gold Mine in Kwekwe.

The mine is a joint venture between China Africa Investment and Development Co.Ltd (CAIDC) and the complainants Duration Gold Limited (DGL).

Mupereri, who is the invasion kingpin, wantonly ignored a court order passed by High Court Judge Justice Moyo on March 29 2018.

Malaba has also granted the deputy sheriff the permission to attach any properties that belong to Mupereri if he fails to pay fir the damages DGL investments incurred since February 2018.

Nehanda Radio gleaned a copy of the  Writ of Personal Attachment and Committal to Prison addressed to the Sheriff of Zimbabwe, his deputy and and all constables and security forces.

The writ was witnessed by Chief Justice Luke Malaba and dated March 29 2019.

The writ orders the police to deliver Mupereri to Connemara Prison.

“Whereas an order was made by Hon Mrs Justice Moyo on 19 July 2018 commiting Vongai Mupereri of Stand 1232 Southwood, Masasa to Connemara Goal until he shall have complied with the provisions of the interim terms of the Provisional Order issued on March 6 2018 in the matter dealt in Case Number HC662/18 and that said Vongai Mupereri is still in contempt in failing to comply therewith or sentencing to 90 days imprisonment for contempt.

“Now you are further required and directed that you take the said Vongai Mupereri if he be found in Zimbabwe and deliver him to the Keeper of Connemara Prison at Kwekwe together with a copy of this writ to be kept safely,’ until further order of the High Court within 90 days from the date of delivery,” read part of the writ.

Observers said Malaba could not grant the order for Mupereri’s imminent arrest without Mnangagwa’s permission.

“For all along this has been treated as a political matter which calls for a political solution and that is why the local police were not executing their duties. What Malaba did was to seek audience with Mnangagwa before delivering his judgement,” said one analyst.

“Remember this is happening behind his backyard and some of the senior guys leading in the invasion are his top lieutenants.” Nehanda Radio 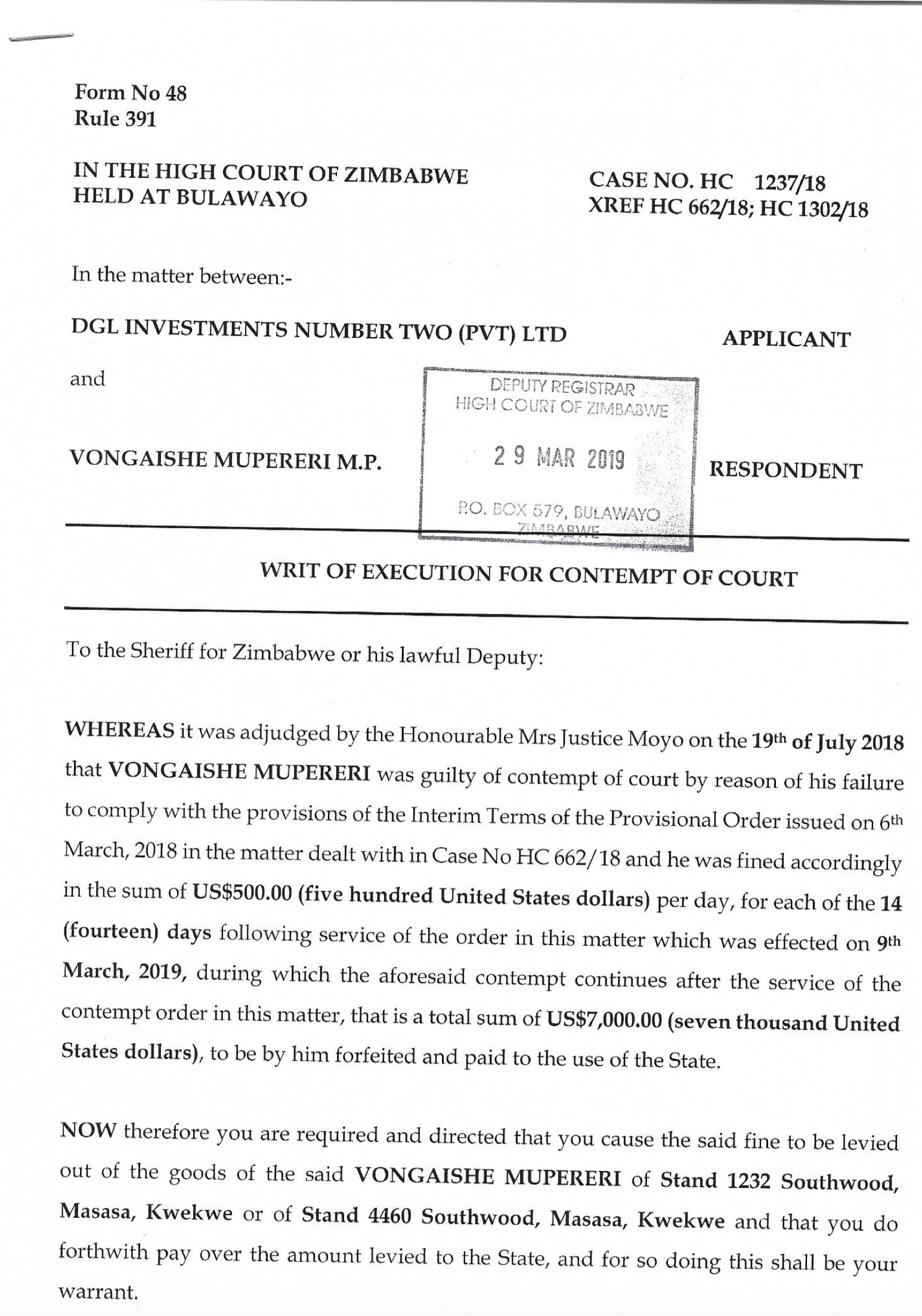 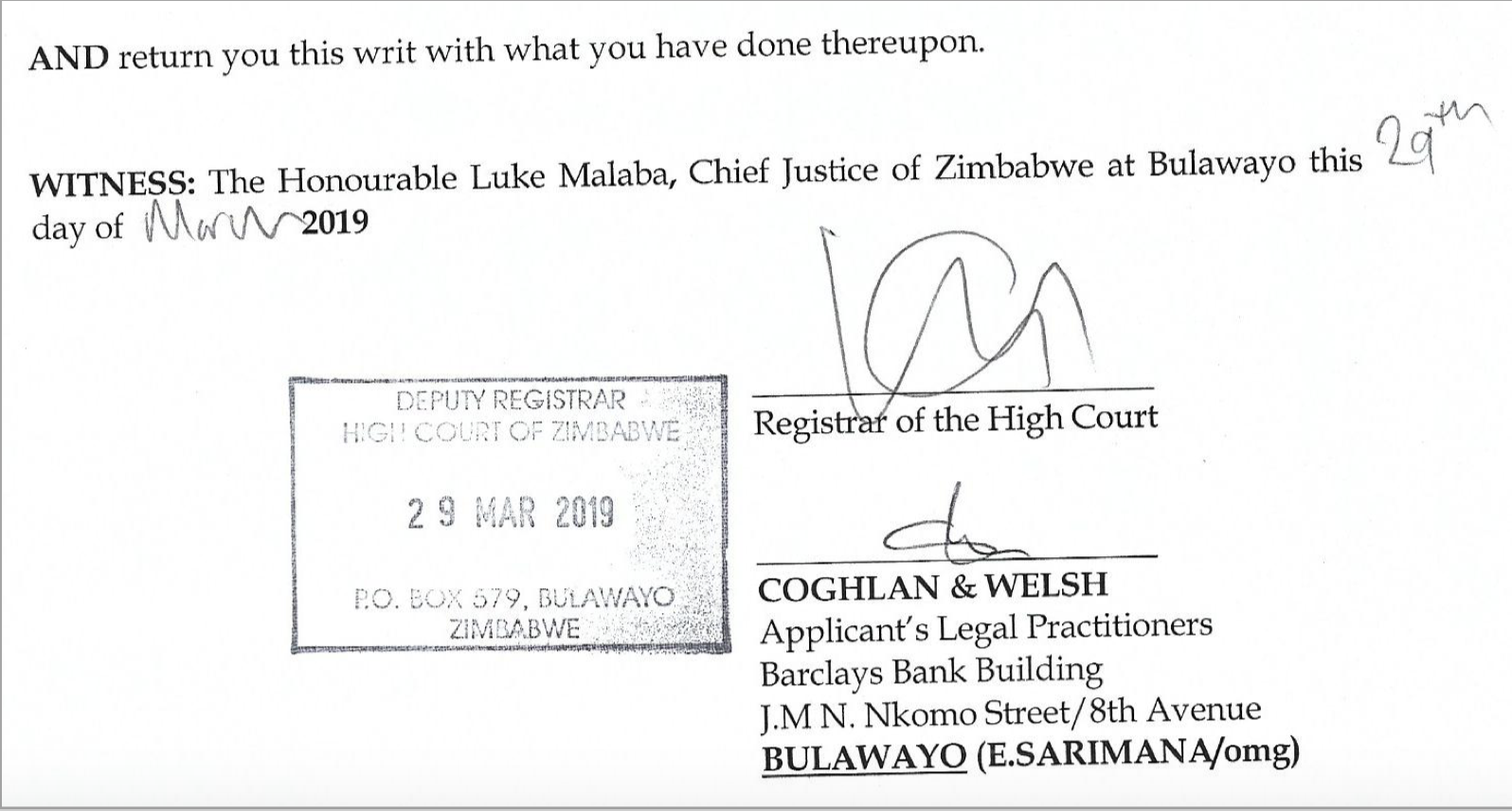 ‘We want Messi to always be at Barca’