A senior police officer in charge of Bulawayo province’s armoury has been arrested for allegedly stealing seven different types of guns from the armoury in a case that has exposed illegal dealing in firearms by a number of cops. 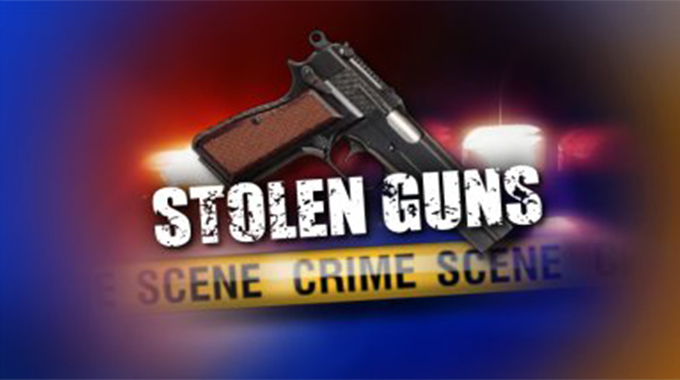 The firearms, which are privately owned, were lodged at the Bulawayo provincial armoury for safe keeping.

Matibe appeared before Bulawayo magistrate Mrs Ulukile Mlea-Ndlovu facing charges of theft and defeating or obstructing the course of justice.

He was remanded in custody to April 16 and advised to apply for bail at the High Court.

The weapons were lodged at the armoury for safekeeping. He allegedly took the guns to Matabeleland North provincial police armoury.

The court heard that after learning of the arrest of his three colleagues stationed at Matabeleland North provincial police armoury in connection with the firearms, Matibe raised a false issue voucher to cover up for the charges levelled against his accomplices.

His accomplices David Fugao, whose age was not given but is the Officer-in-Charge of the Matabeleland North Provincial Armoury, Wonder Tawanda Karamba (33), Francis Chaterera (39), who are both stationed at the armoury have since appeared in court facing similar charges. They were remanded in custody to April 6 for trial.

The three police officers were arrested two weeks ago after they were found with 15 different types of guns, more than 180 live rounds of ammunition and an assortment of weaponry, which was not accounted for by the force.

In papers before the court, detectives from the homicide section received information that there were suspicious movement of firearms at the armoury.

The court heard that the detectives, through investigations, found out that some members of the police were removing firearms that are subject to a handover-takeover from the armoury to a backyard room.

The discovery followed the arrest of Fugao, after he was implicated by a suspected armed robber, Ame Mpala, who was arrested with an AK-47 rifle along the Bulawayo-Beitbridge Road.

When detectives arrived at the armoury they requested that it be opened and a search was conducted in the presence of Karamba and Chaterera.

It was discovered that there were several firearms that had been stored in the armoury that did not match those recorded in official documents.

On the same day at around 7PM detectives received a tip-off informing them that there was a suspicious package that had been stashed at a house in Thorngrove suburb.

When the house was searched, the detectives found an assortment of weapons and ammunition.

The detectives interrogated the owner of the house, Delighted Chingoyori who revealed that Karamba had left the firearms at her house.The Chronicle