Zimbabwe Warriors through to 2019 AFCON 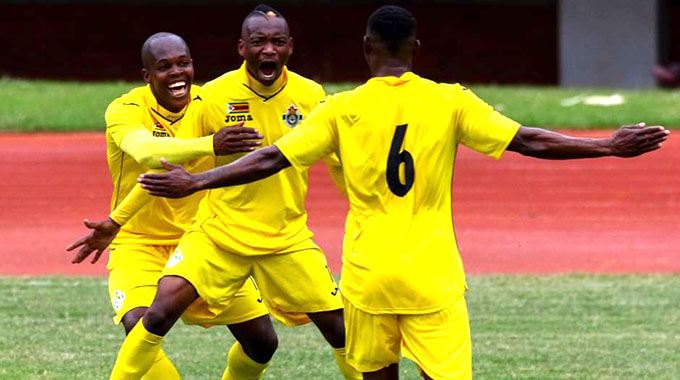 An emotional and sublime performance anchored on players’ determination backed by fans from ordinary Zimbabweans and Cyclone Idai victims was rewarded Sunday afternoon with a thumping of Congo by two goals without a reply to book a place at the 2019 Egypt Africa Cup of Nations.

Zimbabwe’s mountainous region in the eastern highlands was last week Saturday ravaged by Cyclone Idai which left a trail of destruction with over 250 people now confirmed dead.

Because of this disaster, Zimbabweans needed a bit of a smile in the midst of tragic memories of losing their loved ones in a gruesome nature.

Zimbabwe’s foreign based Khama Billiat and Knowledge Musona were on target in the first 45 minutes of the match and the goals proved enough for the warriors to confirm their participation in the AFCON tournament in Cairo two months away.

Warriors fan succumbs to stroke after Zim loss to Malawi at…

Christiano Ronaldo aficionado; Billiat, opened the scoring chat with a well taken curling free kick a couple of metres outside the box in the 20th minute leaving the Congo goal keeper with no chance.

The goal gave the warriors moral support and confidence with the stands rising and making ovations thereby setting up a terrifying atmosphere in Zimbabwe’s biggest stadium.

The referee awarded the Warriors a free kick after Marshall Munetsi was brought down on the edge of the box and the South African based and Kaizer Chiefs whizz did not disappoint.

Although Congo threatened to break up the Warriors defence coming close for at least twice, Congo were dealt a blow when Warriors’ skipper Musona doubled the lead in the 36th minute.

The Belgium based and Anderlecht loanee who is with Sporting Lokeren capitalized on the Congo error and fired home a volley straight into the back of the net.

The goal was decisive in that it calmed the nerves of fans who went abuzz in the stands although the match needed another 45 minutes to play, assurance had been made.

Zimbabwe Warriors will be among the 24 African national teams hoping also to have its fingers on the Orange trophy for the first time in history.

However, Warriors must be prepared to beat the likes of the black stars of Ghana, the Pharaohs of Egypt, Cote D’ Ivoire, Senegal and Nigeria who have all qualified.

Meanwhile, the warriors victory Sunday afternoon came at the expense of some causalities in which one person was confirmed dead when security authorities failed to control the crowds at one of the stadium entry points with a couple of people ferried to the hospital by ambulances.

Musona gamble pays off for Warriors