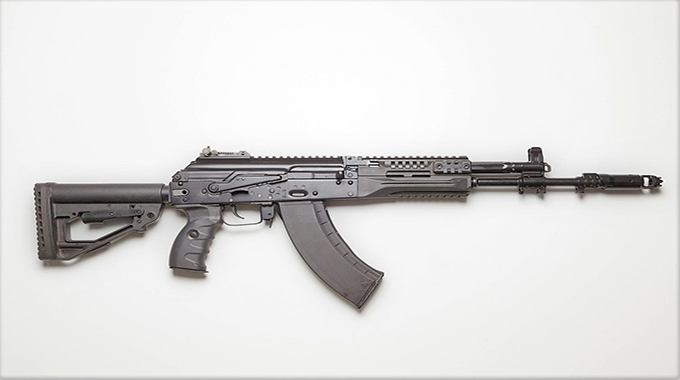 Police in Bulawayo have arrested a 35-year-old suspected armed robber who was found in possession of a loaded AK47 rifle which was stolen from the Zimbabwe Republic Police Armoury.

Ame Mpala of Pumula East suburb was arrested on Wednesday morning along the Gwanda-Bulawayo Road at a police roadblock 22km from Bulawayo.

However, sources close to the case said Mpala was a passenger in a Toyota Wish when officers manning a roadblock conducted a spot check and discovered that he was carrying an AK47 assault rifle.

“When officers started searching the car, Mpala is alleged to have tried to disembark from the vehicle leaving his satchel behind. But alert cops spotted his uneasiness and ordered him to stay put in the car as they took a keen interest in him,” said the source.

“One of the officers approached him and started searching his bag only to discover the high calibre AK47 gun with its loaded magazine. Some of its parts were covered in a wrapped up plastic bag with black insulation tape concealing that it’s a gun.”

The source said Mpala tried to escape but alert cops were already onto him.

“The officers arrested him and drove to Hillside Police Station together with all the passengers who were in the car.

The officers started suspecting that all the passengers in the car could be a gang that was coming from committing armed robbery crimes. However, at the station it became clear that the other passengers and the driver had nothing to do with the gun.

The suspect is alleged to have implicated a police officer as the source of the gun. It was also discovered that the gun belonged to the ZRP and was removed from armoury in 2015,” said the source.

The source said the matter was still under investigation as cops were yet to interview the cop who Mpala had implicated.

Armed robbery cases are of concern in the country with cops declaring war on perpetrators.

In 2017, police arrested a 39-year-old cop attached to the elite Police Special Tactics (PSTT) for robbing a fuel station using an AK47. The Chronicle.