The share price of Hippo Valley Estates (Hippo Valley) has been sinking on the Zimbabwe Stock Exchange since February after the escalation of its South African parent company, Tongaat Hulett’s (Tongaat) difficulties. 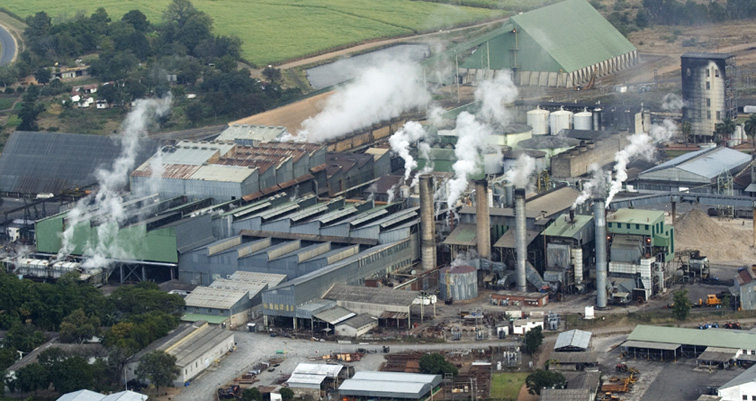 By end of trading last week, shares of the sugar cane growing and milling company had slumped 42,85 percent since the start of February, from RTGS$1,75 to RTGS$1.

The drop made Hippo Valley the worst performing counter on the local bourse this year with a year-to-date loss of 41,52 percent.

The slump does not reflect Hippo Valley’s financial performance which has been decent. The company posted a profit after tax of $7 million for the six months ended September 30, 2018 which was a significant improvement from the $5,6 million posted in the previous comparable period.

The company’s parent company on the other hand, has however, been facing various challenges which include cash flow and profitability constraints.

Three weeks ago, Tongaat shares dropped more than 14 percent in a single trading session on the Johannesburg Stock Exchange after the group issued a negative profit warning in its latest trading update.

“Shareholders are advised that a reasonable degree of certainty exists that Tongaat Hulett’s headline earnings are expected to reflect a decrease of at least 250 percent compared to the 12 months ended March 31, 2018.

Tongaat is also in a precarious position as it faces a negative cash flow in the current trading period partly due to its inability to receive dividends from its Zimbabwean and Mozambique operations.

The Group also faces various funding constraints due to a number of factors.

Tongaat’s operating profits of $36,5 million for the half year ended September 30, 2018 barely covered its net finance costs of $29,6 million during the same period.

Still, these balances were assuming that the group can successfully extract cash from its Zimbabwean and Mozambique operations which analysts say at this point seems unlikely in the short-term.

The group’s half year results indicated that it can utilise borrowing facilities of up to $124 million and that it may be able to sell some of its land at discounts for quick cash.

Analysts, however, say the plausibility of these fund-raising avenues is limited because of various factors that have made the company’s balance sheet significantly risky.

The group’s shares have lost a further 17 percent since its negative profit warning three weeks ago. DailyNews