Chief takes over mine. . . Hires bouncers to drive out locals 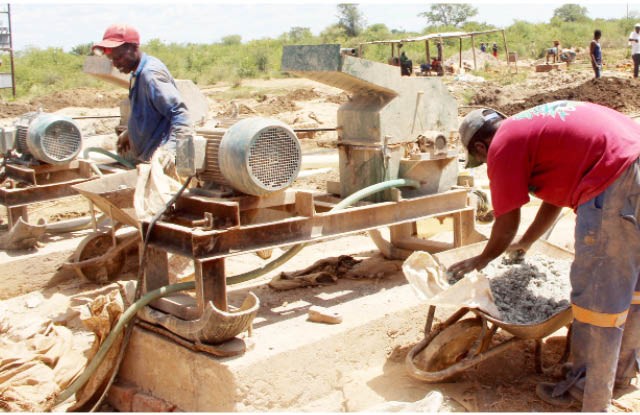 He’s a mafia chief, call him Don Sigodo! Villagers in Silobela under Chief Malisa are up in arms with Chief Sigodo who they accuse of hiring thugs to push them out of a community owned mine trust.

So nasty is the dispute that war veterans who for years have benefited from the mine, have threatened to retaliate against Chief Sigodo who they feel has overstepped his authority.

Sigodo last week allegedly unleashed more than a dozen bouncers to assault community members who have claims at Peace Mine.

Peace Mine is a community trust ownership mine where villagers own the mining rights. Peace Mine operations manager Malanga Nkiwane told B-Metro that the chief hired bouncers from as far as Bulawayo to hold the fort for him.

Silobela up in arms against non-Ndebele speaking teachers

Pair stone cousin for refusing to lend them money

“Chief Sigodo sent about 20 bouncers who we later learnt were from as far as Bulawayo to force everyone out of this mine.

“However, some of the community members who included war vets and youths resisted the move.

That is when all hell broke loose as there was chaos all over and some of the community members engaged in fierce fights with bouncers,” said Nkiwane adding that the bouncers fled seeing that they stood no chance.

After it emerged that Chief Sigodo allegedly had a hand in the chaos, Nkiwane confronted the chief who however, professed ignorance over the matter, but said he was the rightful owner of the mine.

“When we engaged him (Chief Sigodo) he produced court documents stating that he is now the sole owner of the mine hence the community had to move out and he would bring his own workers.

But we resisted his order and told him that as a community we are not leaving the mine because what he did was illegal,” said Nkiwane. B-Metro.

Silobela up in arms against non-Ndebele speaking teachers

Pair stone cousin for refusing to lend them money