The MDC led by Nelson Chamisa has merged Harare province with Chitungwiza while Midlands North and South have been collapsed into one as part of preparations for its elective congress slated for May. 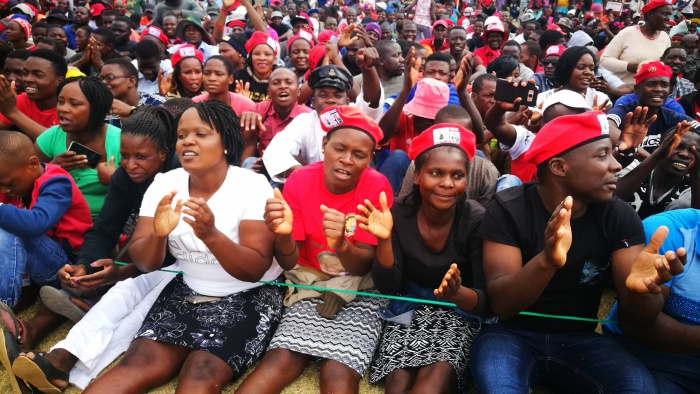 MDC spokesperson Jacob Mafume told the Daily News that the party was merely implementing a 2014 congress resolution whose implementation had been delayed owing to “circumstances beyond our control”.

With government working to devolve power to the provinces by putting in place provincial administrations throughout the country as provided for in the Constitution, Mafume said it became necessary for Zimbabwe’s biggest opposition party to align its structures with the national architecture of 10 provinces.

“Going into this congress, we will have 10 provincial executives after merging Harare and Chitungwiza as well as the two Midlands structures because they are not supposed to be existent if the 2014 congress had been implemented,” Mafume said, adding:

“Districts that will be affected by the development will be merged into the provinces they belong to in the national architecture. For example, Goromonzi will go back to Mashonaland East while Norton and Mhondoro will be under Mashonaland West province.”

According to a senior MDC official, who spoke on condition of anonymity, the development means that some officials from Norton, Mhondoro and Goromonzi who might have wanted to contest for positions in their provinces, will be affected.

“While it is true that this was a 2014 congress resolution, some of us had invested in Chitungwiza province but now it means I have to work with structures that I have no relationship with in Mashonaland East where I now belong. At least we should have been told early,” the official complained.

But Mafume said the issue of aspiring office holders being disadvantaged “does not arise because it is not a new issue that suddenly came out ahead of this congress.

“We cannot go into a new congress without having affected the resolutions of a previous one. If there are any issues, and reservations, they have to come at the May congress but there we will be dealing with 10 provinces as that is what is constitutional,” he said.

Unlike the ruling Zanu PF party whose provinces reflect the country’s 10 provinces, the MDC structure has always had 12 provincial executives since its formation in 1999.

The party — then led by its founding president, the late Morgan Tsvangirai — split its Midlands province into two as well as adding Chitungwiza and some parts of Mashonaland West such as Mhondoro and Norton as an independent provincial executive.

However, since Chamisa took over the party’s leadership following Tsvangirai’s death in February last year, the party has been undergoing a radical metamorphosis. The development comes as the party is also considering coming up with a war veterans’ wing at its next congress.

This comes as jostling for positions has intensified with party bigwigs likely to take each other head-on as they battle for supremacy in the 19-year-old opposition outfit.

It’s already a dog-eat-dog affair in the MDC with those aspiring to contest for positions openly canvassing for support within party structures.

At the top, Chamisa is likely to be challenged by either his deputy Elias Mudzuri or secretary-general Douglas Mwonzora, or both.

While Welshman Ncube’s position appears to be safe as he has support from all the Matabeleland provinces, the same cannot be said of the other two deputy presidents — Morgen Komichi and Mudzuri.

Komichi might have to battle it out with deputy national chairperson Tendai Biti and secretary for elections Murisi Zwizwai. DailyNews

Chamisa: ‘2022 is a year for citizen action.. we must deliver change’