By Princess Ncube and Bernard Yombayomba

Zimbabwean money transfer agencies face problems in meeting their customer obligations owing to termination of correspondent — bank arrangements between local banks and international finance institutions are are now planning on importing their own banknotes. 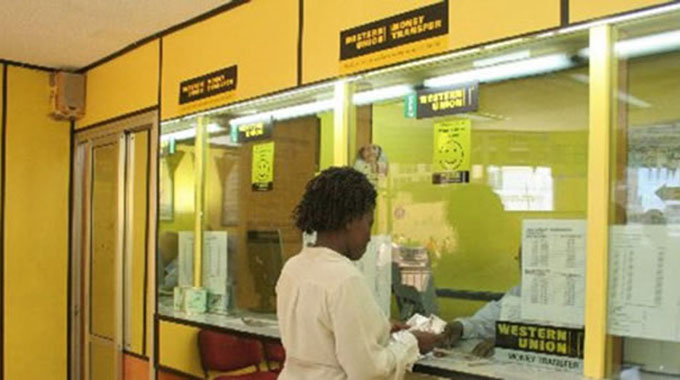 The US Treasury Department’s Office of Foreign Assets Control (OFAC) has stringent regulations that demand to know the recipients of all the US dollars shipped to any part of the world through money transfer agencies. However, Western Union, one of the biggest money agencies, has now made arrangements to bring in cash directly from South Africa and should be operating normally within a few weeks.

In an interview with our sister paper Business Weekly recently, Mr Bindura said: “Now because the banks do not have the cash, we are supposed to import cash but this depends on the relations between local and foreign banks.

US embassy statement on lifting of sanctions on two Zimbabwe…

“In this market (money transfer business), one does not go directly to import cash, banks have correspondent bank relationships in other countries that they trade with usually. Before cash shortages there was no problem.

“While Western Union (International), deposits money in the nostro account of a local bank through corresponding South African Financial Institutions, the local bank has to import the physical notes to give the local Money Transfer Agency, which is a cumbersome procedure resulting in the shortage of foreign currency and the long queues at limited functional money transfer agencies,” said Bindura.

“Before we used to trade with a lot of banks and our relationship was good, but their corresponding bank relationship which enables us to get the forex require justification for importing large sums of cash and want to see who is the ultimate user of the money, which is impossible because this is a walk in service which only requires a form of identification and a specific code which defeats the purpose of monitoring purposes of anti-money laundering and terrorist financing activities,” said Mr Bindura.

“So we knew clearly what it meant because Deustche Bank had already ditched Zimbabwean banks and they do not have an appetite for money transfer agencies. So if you check with many money transfer agencies, their accounts where closed, so the bank (name withheld) will ultimately close the money transfer accounts to secure their relationship, this process is what they call de-risking which started about 2-3 years back. In fact, the banks told us that we cannot have your accounts anymore.”

This has put pressure on the remaining agencies to meet the growing inflows of remittances and the queues. FedEx and DHL were the biggest Western Union agencies in the country, but have since stopped offering such services.

The remaining few, however, have the bargaining power, “the local bank charges you twice, for importing and when the money has arrived there is a form of withdrawal fee. From the charges you can incur 1,5 percent and you are earning less than 2 percent.

“If it is a profitable account, they are also afraid to lose business therefore they keep you on as a client and you can regain bargain position which makes the business profitable’ said Mr Bindura. Despite these uncertainties Mr Bindura wishes to assure the public that in the next three weeks Western Union Agency would have found a permanent solution to the shortage of foreign currency as they have procured other means to get the money imported directly by Western Union to Zimbabwe without using banks.

“We found a solution to our predicament as we also applied to the central bank to import money on our own and directly from South Africa,” said Mr Bindura. The Herald

US embassy statement on lifting of sanctions on two Zimbabwe banks