Disused mine nightmare for Beitbridge family

The dream of owning a house in Beitbridge has turned into a nightmare for a family which unknowingly built its property atop a disused mine as the shaft has started giving in. 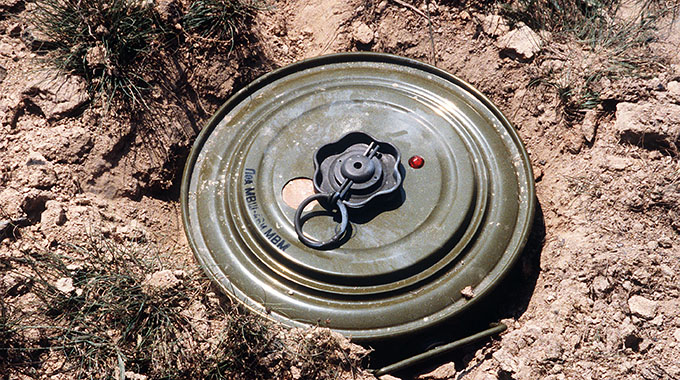 The Majuru family acquired a residential stand from Beitbridge Municipality in 2007 and has been living in a state of shock and fear since the discovery of a mineshaft in its yard in 2014.

The local authority had to reallocate residents to another residential stand due to the shaft.

The issue is reportedly affecting several houses near the mineshaft which used to be run by PUB Copper Miners in the early 70s.

Family endures six years of fear after building house atop a…

Residents have since closed a road to avoid further tremors and damages to the mine shaft pending finalisation of investigations by authorities from the Ministry of Mines and Mining Development.

A resident, Mr Justin Chimedza, entered the disused shaft to make his own assessment due to delays by authorities.

“After waiting for the local authority to act for some time, I decided to get into the pit to assess.

“I went down for three metres and discovered three tunnels where one can walk upright. It is not clear how the former miners closed the mine,” he said.

Mrs Eunice Majuru said when it starts raining the whole family of eight gets into one room to avoid sinking.

“We are anxious and have been waiting for eternity for help from the local authority and Ministry of Mines officials,” she said.

“To avoid further damages or risks, we are now parking our cars at a neighbour’s house and our children are no longer safe, you have to guard them vigilantly.”

Mrs Majuru said they have been waiting for a long time to get full closure from authorities on the way forward.

The provincial director in the Ministry of Mines and Mining Development Mr Tichaona Makuza said they were sending a technical team to make assessments anytime this week.

“We are equally concerned about the plight of the residents around that area. We made preliminary investigations last month and will be sending a technical team to make on-site assessments and recommendations this week,” he said. The Herald