Strict security and ‘VIP’ members, but no sign of pastor Alph Lukau at Alleluia Ministries

ReligiousFeaturedInternational
By Nehanda Radio On Feb 27, 2019 26,829

Alleluia Ministries, the church where it was claimed a dead man was brought back to life, was closed on Tuesday, with only a few members trickling in.

The church made headlines this week after a video of a man being “resurrected” there went viral on social media.

A large billboard of the leader of the church, pastor Alph Lukau, and his wife hangs above the entrance to the church. Flags of various countries line the front yard.

Two arrested for fraud in connection with Alph Lukau’s…

Contest of the bizarre in the spiritual world

Access to the gate is strictly controlled by a security guard and only “VIP” members are given access to the church.

When TimesLIVE approached the security guard on Tuesday, he flatly refused to allow journalists in. He then went inside to call one of the church officials. 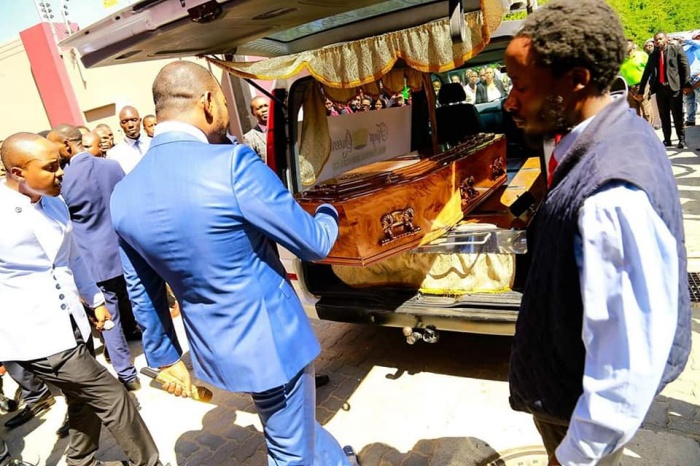 An unidentified woman came out and said the church’s spokesperson was not around. No one else was allowed to speak on behalf of the organisation, she said.

Another visitor, who claimed to be from the US, told TimesLIVE that she was at the church as part of an international programme. She refused to comment on Sunday’s events. “I don’t want to say anything. I’m here to pray for myself,” she said.

While some members waited patiently outside the church for the gate to be opened, one woman who claimed to be a VIP visitor demanded to be let in. When she tried to force her way onto the church premises, a scuffle broke out with the security guard. She shoved her laptop into the guard to try to prevent him from closing the gate on her.

“I travelled to come here. I’m not part of whatever is happening,” the woman told the guard and another man who came out to intervene in the scuffle.

“You are causing drama now,” said the man.

The woman was eventually allowed to enter.

Pastor Lukau, however, was nowhere to be seen.

Alleluia Ministries spokesperson Busi Gaca said the church would issue a statement on the “resurrection” incident on Wednesday.

Two arrested for fraud in connection with Alph Lukau’s coffin…

Contest of the bizarre in the spiritual world