Large scale gold mining companies should be held accountable for the Battlefields mine disaster that left over 24 artisanal miners dead because they failed to obtain certificates of abandonment as required by the Minerals and Mines Act after they abandoned their unutilised claims. 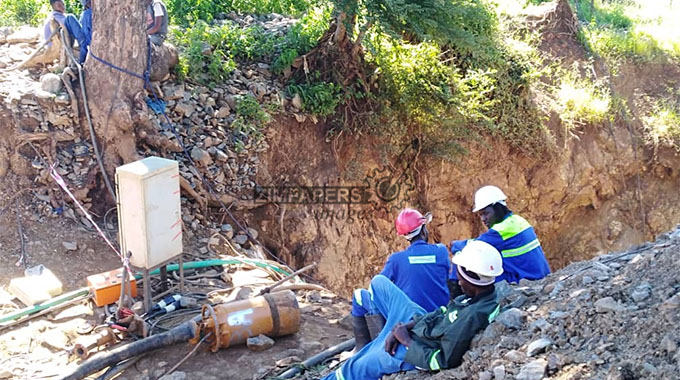 Presenting a report titled “Gold Capitalism and Disaster Preparedness in Zimbabwe, A Preliminary Critical on the Battlefields Mines Disaster” in Harare on Friday, People and Earth Solidarity Law Network (PESLawyers) lawyer Mr Lenin Chisaira said the Battlefield accident exposes many hidden malpractices in the mining sector and in environmental integrity as many large scale miners are exploiting the nature of property rights in the gold mining sector.

PESLawyers is a non-profit making organisation of legal and policy researchers, lawyers and activists standing up for environmental, climate and economic justice in Zimbabwe and Sub-Saharan Africa.

“The role of large scale gold miners should be investigated for they are the ones who continue to retain these gold claims where many people have been killed,” he said.

“For instance RioZim owns over 200 claims in Mashonaland West which they cannot mine, at the end when they abandon these claims without applying for certificates of abandonment as required by the Mines and Minerals Act, artisanal miners and small scale minors take unauthorised entry,” he said.

Mr Chisaira called on the Government to provide adequate legal and environmental support systems to deal with the disasters and exploitation of artisanal miners and small scale miners by large scale mining entities.

He called on Government to look into the nature of property rights in the gold mining sector and ensure that disaster response systems are evaluated and adequately funded.

The report, Mr Chasaira said, has been forwarded to Government and relevant institutions and stakeholders in the gold mining sector, calling for an inclusive, free and open inquiry into the Battlefields disaster.

He applauded the contribution of artisanal miners and small scale miners to the national gold output.

“Artisanal miners and small scale miners’ contribution to the national gold out should not be taken for granted, statistics show that three quarters of gold delivered to Fidelity is coming from them,”

Mr Chasaira said PESLawyers will continue to work with relevant authorities in making recommendations aimed at improving the welfare of artisanal miners and small scale miners. The Herald

battlefields mine disastercertificates of abandonmentPeople and Earth Solidarity Law Network