Bulawayo’s Egodini Mall developer, Terracotta Private Limited, has so far recruited 65 people to work on the initial stages of the multi-million dollar project. 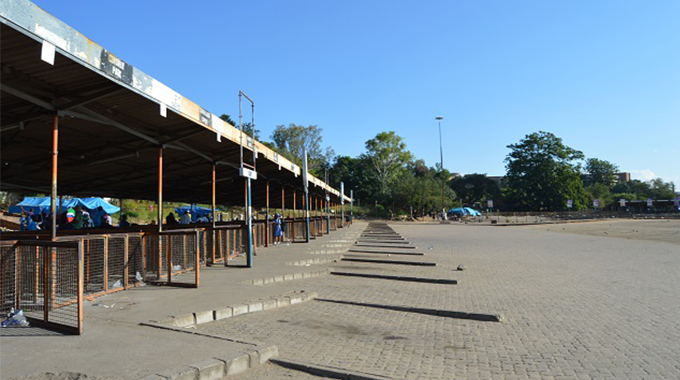 The Bulawayo City Council awarded the tender to Terracotta Private Limited in 2016 for the reconstruction of Basch Street Terminus popularly known as Egodini into a modern structure after the company made a $60 million bid.

This saw kombis and vendors, which were operating from the site, being evacuated last year to pave way for construction works. Terracotta director, Mr Thulani Moyo, told Business Chronicle that the South Africa-based company has already commenced construction work on site.

He said reports suggesting that there is no work being done on site were coming from a point of ignorance.

“Up to now I think we have recruited 65 people. We have been recruiting, some of the people have signed contracts. Others will start on the first of March and we will recruit more as we go,” he said.

“The whole of last year the geo-technical and the hydrological team were working. If you go there, (Egodini) there are a lot of test holes. Work has been happening on site.”

Mr Moyo said the setting up of a Contact Centre late last year was also confirmation that work was taking place on site.

Mr Moyo could not be drawn into commenting on whether the company had enough funds to complete the project within its stipulated timeframe.

“We have our own programme. We have phase one, phase two and phase three. Phase one will be opened at the end of this year.

He said challenges affecting the economy have not spared them and explained that the company cannot meet some of the demands being advanced by some of the sub-contracted companies.

“Unfortunately, obviously we do have a problem following the fuel price increase. Even some of our people are coming back saying the price that I had quoted I can’t offer it anymore while others say they can’t do it all together,” said Mr Moyo.

“Others say they want to be paid in US dollars only. Unfortunately, there is a bit of instability in the environment and it causes problems for us. Some of them are saying they can only do a quotation for one month”. The Chronicle

FC Platinum down, out