Vice President Constantino Chiwenga is in the Indian capital of New Delhi, where he is receiving treatment for an abdominal ailment, a government official revealed yesterday.

Information deputy minister Energy Mutodi posted on his Twitter account yesterday that the 61-year-old politician had successfully undergone surgery and was on the mend at an Indian hospital.

His tweet was ridiculed by citizens in a country where government officials routinely seek medical help abroad while the public health system has collapsed with hospitals struggling to provide medicines to patients.

On the same day, he pooh-poohed reports that he had been airlifted to neighbouring South Africa for treatment, blaming the social media for wishing him ill.

“There are determined to hear that I am sick, they want me dead, but that cannot be, I am very fine and well, I am actually doing my job as a politician,” he was quoted saying.

While Mutodi did not reveal when the former commander of the Zimbabwe Defence Forces (ZDF) travelled to India, the Daily News is reliably informed that Chiwenga was flown to New Delhi on Thursday night.

The same sources said Chiwenga is suffering from gastro-intestinal infection, a condition caused by “viral, bacterial or parasitic infections”.

According to the Medical Journal, the condition is also known as stomach flu. 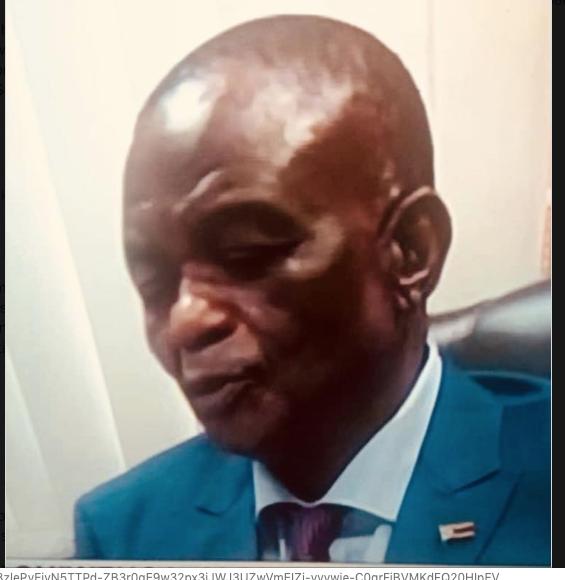 Sources said the vice president has been suffering from the ailment for some time now, prompting him to seek surgery in India.

“We expect him back this week because his condition is not serious,” said the government official who asked not to be named.

Chiwenga joins the list of foreigners trooping to India for private health care.

India has become popular because of its advanced healthcare system, drawing foreigners from Africa, the Middle East, Pakistan, and Bangladesh, for complex paediatric cardiac surgery or liver transplants — caprocedures that are not done in their home countries.

They also come from the United Kingdom, Europe, and North America for quick, efficient, and cheap coronary bypasses or orthopaedic procedures.

India ranks among the top 20 of the world’s countries in its private spending, at 4,2 percent of Gross Domestic Product.

In October last year, deputy chief secretary to the President and Cabinet George Charamba disclosed that Chiwenga was on special diet because of the delicacy of his intestines which had been affected by acids.

“Apparently, you have to give it time to allow internal body tissues to heal both large and small intestines were attacked. But he must also remain calm and rested to ensure that there is no relapse into excessive secretion of acids in the body. He is on a special diet because of the delicacy in his stomach,” Charamba was quoted as saying.

Since leading the coup that toppled former president Robert Mugabe in November 2018, Chiwenga has become a larger-than-life character the country’s politics.

Despite his domineering political profile which is loved and hated in equal measure, his health has been a source of bother.

The former ZDF commander early last year traced his health woes to the days when he orchestrated Mugabe’s fall.

He claimed that he was suffering from “nhuta,” something he claimed caused his skin to lighten and triggered speculation that he was bleaching his skin.

“It was during that time that I fell ill. I had this skin sickness (nhuta) that affected my whole body from beneath my feet to my back and the journalists started saying I was using skin lightening creams, but that was not the case.

“I was sick. I have decided to talk about it because that is what you see, but you should know that everything that happens comes with a price. We then sent everything to South Africa to find out what was causing the sickness, but they failed to treat it.

“It was then that my (late) sister Margaret approached Sister Redemptor (Roman Catholic nun) and was given herbs that I began taking until I was healed. But before I took the medication they also prayed for me,” Chiwenga said at the burial of his sister Margaret.

The 61 year-old ex-soldier has appeared in public with swollen hands and in some instances with a cannula on his hand, and has also shown signs of irritation in public, further fanning speculation that he is not fit for office.