Government has asked the Bulawayo City Council (BCC) to consider leasing out its dilapidated beerhalls to retail operators whose shops were damaged during last month’s protest over steep increases in the price of fuel. 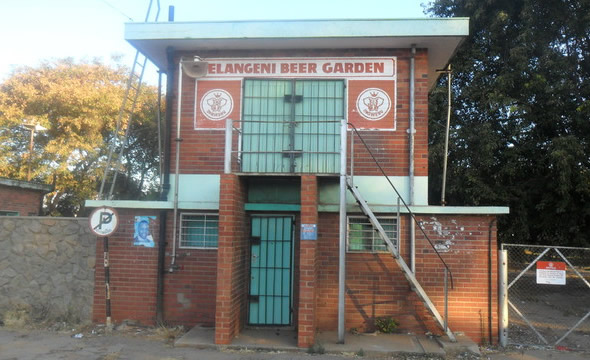 Bulawayo Provincial Affairs minister Judith Ncube has tabled the proposal before BCC, saying this development will go a long way in assisting those who lost property worth thousands of dollars to the violent protests.

“I can confirm that we have engaged council on this issue and it’s a resolution that is going to be made to ensure shop owners don’t close their businesses,” Ncube said.

The motion is yet to be tabled before a full council meeting. Several shop owners lost their property whilst others had their shops burnt down by rowdy members of the public during the three-day national stay away.

In a video circulating on social media, Bulawayo’s Pumula residents were seen stealing and loading groceries onto trolleys at Choppies Supermarkets.

Choppies Supermarkets in New Lobengula and Entumbane were burnt in the protests while the Pumula and Lobengula West branches were looted.

So far the law enforcement agents have nailed a group that looted groceries worth $3 000 and stored them at Luveve mortuary, and many more other looters are appearing in courts.

The proposal mirrors the Harare move to lease out beerhalls after Rufaro Marketing, which used to stand out as one of Harare City Council (HCC)’s famous brands.

The Harare liquor business unit had been making massive losses, prompting the cash-strapped council to lease the beer halls to TN Holdings, a conglomerate which temporarily brought new activity to the lifeless high-density suburbs by establishing supermarkets and convenience banking. DailyNews