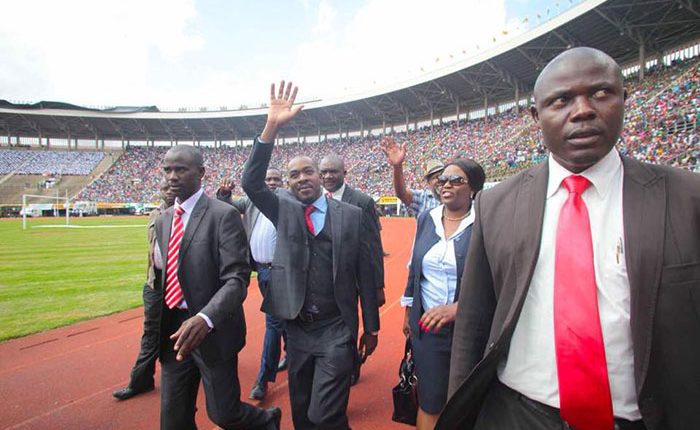 Opposition Movement for Democratic Change (MDC) leader Nelson Chamisa and Zimdancehall superstar Winky D were on Saturday denied entry into the National Sports Stadium where a farewell concert was being held to honour the late legendary Zimbabwean musician Oliver Mtukudzi. 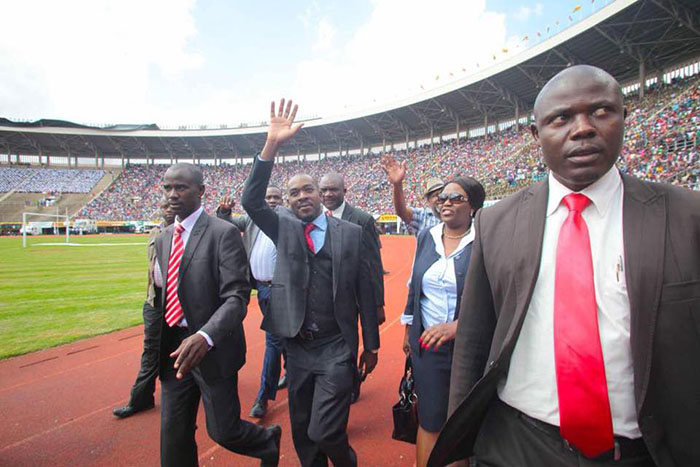 “The decision by state agents to bar @nelsonchamisa from entering the National Sports Stadium is cowardly and totally unacceptable. Although Hon Zwizwai and myself tried to remonstrate with the government ministers present it was to no avail,” Mwonzora said.

“It’s shameful and distasteful that the State found it necessary to bar our president from attending a public honour for a national hero. We did not get much explanation except some flimsy reason to do with security protocol that they used to deny him entry,” Mwonzora added.

Luke-ing the Beast in the Eye: Ode to the great Oliver…

Ricky Fire accuses DJ Fantan of being a hypocrite for…

“He was not barred. All other dignitaries including ministers were parking their cars outside and walking in. But Chamisa refused and wanted to drive in. Security protocol did not allow this and he walked away. He was not denied entry.

“Chamisa is being a drama queen. A pre-Madonna out to attract attention for the sake of it. Government has no business barring people from funerals or any functions but protocol has to be followed. We are not a chaotic government.”

But even as Mangwana denied this, Nehanda Radio understands Zimdancehall superstar Winky D was also barred from entering the giant stadium by soldiers armed with Ak47’s. Winky’s crime appears to be his song “Kasong KeJecha” which the government believes supports the opposition.

Nehanda Radio reporters also saw veteran broadcasters Ezra ‘Tshisa” Sibanda and James Maridadi who were meant to be MCs during the concert, have microphones taken away from them.

A man calling himself VeeJay told the broadcasters that they had received strict instructions to make sure the two did not take part in the concert. Maridadi is a former MDC MP while Ezra is a former parliamentary candidate who was a close friend of Mtukudzi. Nehanda Radio

Let’s not lose the spirit of Ubuntu

Luke-ing the Beast in the Eye: Ode to the great Oliver “Tuku” Mtukudzi…