Lance Guma: The only surprise is that we are surprised by what Mnangagwa GOVT is doing

As our country goes through another volatile upheaval, lets take time to reflect on our choices as a people. We have a serving president, Emmerson Dambudzo Mnangagwa who played a key role as State Security Minister in the Gukurahundi genocide that killed over 20 000 people in the eighties. 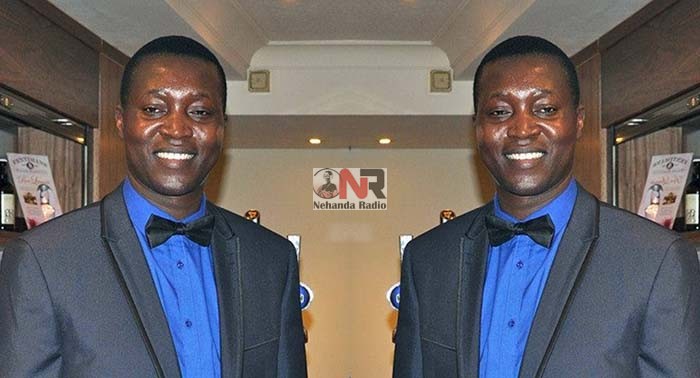 We have a serving Agriculture Minister in Perrance Shiri who was the commander of that same Fifth Brigade that rampaged through Matabeleland and the Midlands, killing 20 000 civilians. Pregnant women were bayoneted and thrown into open graves whilst men and women were buried alive in a gruesome manner. The campaign was justified as a crack down on armed dissidents.

We have a serving State Security Minister Owen ‘Mudha’ Ncube who is a certified thug that led the notorious Kwekwe Zanu PF militia dubbed Al Shabab. That he signed the order to shutdown the internet and give cover to the security forces to beat, abduct and kill civilians comes as no surprise.

Ncube is a provincial thug who now has power to spread and exercise his thuggery nationwide as Minister. If you wondered why Mnangagwa, who claims to be as “soft as wool”, appointed him State Security Minister, the last few days have provided us with the tragic answer.

One of our Vice Presidents, Constantino Chiwenga, was the General that was in charge of the Zimbabwe Defence Forces (ZDF) when in 2008 then President Robert Mugabe lost the elections to the late opposition leader Morgan Tsvangirai. Led by Chiwenga’s army, Mugabe won the run-off after over 200 army officers deployed countrywide oversaw the murder of over 200 opposition activists.

Tsvangirai withdrew from the June 2008 run-off citing the beatings, abduction and murder of his supporters. This left the way clear for Mugabe to cling on to power. A unity government was eventually forced onto Zanu PF by the Southern African Development Community (SADC). That Mnangagwa, Chiwenga, Shiri and Ncube are in the current government summarises our problem.

The same things that happened during the Gukurahundi Massacres in the eighties and the June 2008 murders are happening now. Over 600 people have been arrested as army and police units round up innocent people from their homes, some are being beaten and some are being killed.

Truthfully, the only surprise is that we are even surprised by what the people in this government are doing. History repeats itself because we are not paying attention the first time, the saying goes.

The biggest problem in #Zimbabwe remains impunity. Because Zanu PF has killed over the years with no consequence, there is never incentive to behave. Nothing happened to the people behind gunning down 6 civilians on August 1, 2018, June 2008 murders, and the Gukurahundi Massacres.

Just as a parting shot, honestly is there any leader in the world that thinks they can double fuel prices and not face protests? Instead of finding people to blame Mnangagwa must look at himself. Instead of globe trotting with a useless slogan like “Zimbabwe is Open for Business”, maybe the president should try something as simple as being “Open to Reason”. Who will invest in a country on fire?

Lance Guma is the Founder and Managing Editor of Nehanda Radio. You can reach him on lance@nehandaradio.com

Bishop Dave Chikosi: Zimbabwe internet shutdown: The tale of the big bully and the skinny kid

Piers Pigou: Revolt and Repression in Zimbabwe…. What triggered this explosion…