WATCH Minister LYING about internet shutdown in #Zimbabwe…. claims it was congestion 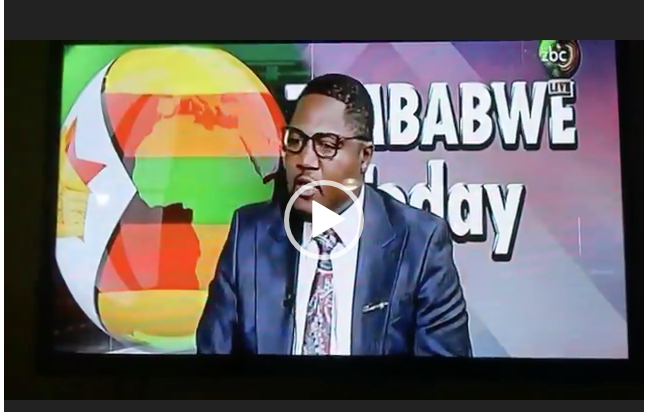 Even as Strive Masiyiwa confirmed that his company Econet Wireless Zimbabwe had been forced to shut down the internet, Deputy Information Minister Energy Mutodi had no shame lying to the state broadcaster ZBC, claiming that because a large number of videos were being sent on the #ZimbabweShutDown this caused congestion and jammed the internet.

Econet Wireless Zimbabwe , the country’s largest mobile operator, said on Wednesday its internet services had been cut off following an order from the government amid deadly protests in the country.

“We are obliged to act when directed to do so and the matter is beyond our control,” Econet said in a text message to customers, adding that all networks and providers had suspended their services.

Internet services were cut by mid-morning on Tuesday, leaving many people without access to social media platforms amid accusations that the government wanted to prevent images of its heavyhandedness from being broadcast around the world.

Hopewell Chin’ono: The painful undoing of a glorious November 2017: A dream deferred