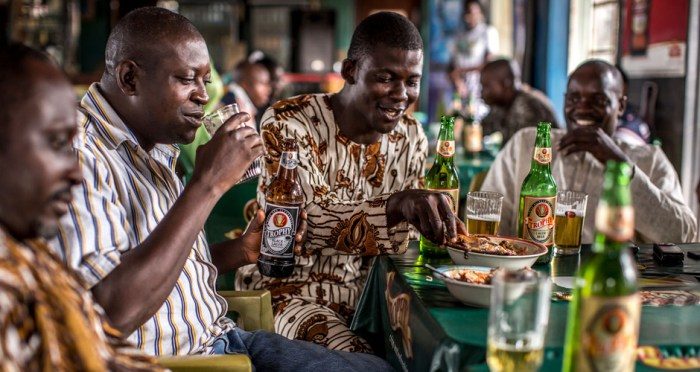 This follows the steep increase in the price of clear beer – by more than 100 percent – hours after Delta Corporation Limited was forced to reverse its decision to sell its products in hard currency.

A survey by the Daily News yesterday showed that a number of retail outlets have hiked prices of lager beers with 375ml bottles now retailing at $3, 50 from $1, 50, while a 750ml bottle which was initially pegged at $2, 50, is now selling at between $6 and $8.

Even though most retailers are now selling at these new prices, Delta insisted yesterday that its wholesale prices have not changed.

“Our prices remain the same. We are still selling at the same price we provided in our circular,” Delta company secretary Alex Makamure said.

It has investments in associate companies whose activities are in cordials and juice drinks, wines and spirits.

On Wednesday, the company issued a circular to its customers announcing its decision to sell its products in the elusive US dollars (USDs).

Delta had made it clear that the issue of unavailability of foreign currency was threatening its operations with the company struggling to meet orders and in the case of soft drinks, being out of stock for prolonged periods.

“The Reserve Bank of Zimbabwe (RBZ) will endeavour to provide the foreign currency required to ensure that Delta continues to trade on the current basis,” a joint statement by Delta and the apex bank reads in part.

“What we discovered is that when Delta made the announcement that it will start selling its products in hard currency the market was left in shock and increased prices so that they can be able to restock,” said CZR president Denford Mutashu.

“The market was responding to these changes and was working with the parallel market exchange rate. Since the decision has been reversed, we believe the prices are also going to go down,” said Mutashu.

Mutashu said some retailers were still unsettled by the latest developments and are doubtful if the RBZ would be able to make available the promised foreign currency to Delta to enable the conglomerate to bring in imported raw materials for production.

“We are hopeful that if the situation normalises, the prices too will fall,” Mutashu said.

Beer supplies have been going down in recent months, as producers are struggling to get foreign currency to sustain their operations.

As the prices of beer continue to increase there are fears that people will turn to illicit drugs in a bid to get drunk.

Already, the Zimbabwean youths are at the centre of controversy over a record abuse of illicit drugs, which many have attributed to lack of employment. Daily News