Last season’s Premiership football runners-up Ngezi Platinum Stars continue to tumble ahead of the upcoming season following the latest coup on vice captain Godknows Murwira by league rivals FC Platinum who are strengthening their side ahead of the CAF Champions’ League group stages sojourn. 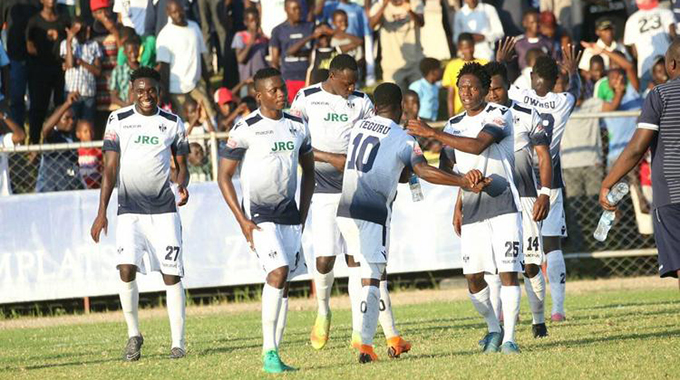 The Mhondoro-based miners unceremoniously parted ways with former coach Tonderayi Ndiraya and his departure with five games before the end of their campaign last season seems to have triggered a massive player exodus at the club.

Despite only a few moves having been confirmed a massive player exodus is on the horizons with the likes of Tichaona Chipunza, Tichaona Mabvura, Kelvin Bulaji, Xolisani Moyo, Michael Charamba and Bernard Donovan all expected to leave the club effectively denting their chances of challenging for the Premiership title this year.

Chicken Inn slip up while DeMbare fans gloat as their team…

Meanwhile, FC Platinum have continued to bolster their squad ahead of the CAF Champions League mini league phases which starts next weekend with a home game against Orlando Pirates in Bulawayo.

FC Platinum will drop four players from their initial 27-man squad and add the duo that arrived at Mandava this week.

Rodwell Chinyengetere and Winston Mhango have left the miners for South African and Zambian clubs respectively, while Ian Nekati will no longer be joining after his return from ZPC Kariba hit a snag.

Warriors’ local ensemble right back Jameson Mukombwe has returned back to Black Rhinos following the expiry of his loan deal with the Zimbabwean champions.

In an interview with The Herald club media liaison officer Chido Chizondo yesterday confirmed the movements at the miners.

“We have signed Godknows and Perfect on a one-year contract with an option to add another year, they are now part of our champions league squad.

“Rodwell and Winston have left and are no longer part of us, Jameson is also returning to his former club following the expiry of his loan spell.

“Ian was initially on our squad for the champions’ league but he is no longer coming and as it is those are the only changes to our squad,” said Chizondo.

Coach Norman Mapeza and his men returned to work on Wednesday after a short Christmas break and are now preparing for the resumption of the CAF Champions League. The Herald