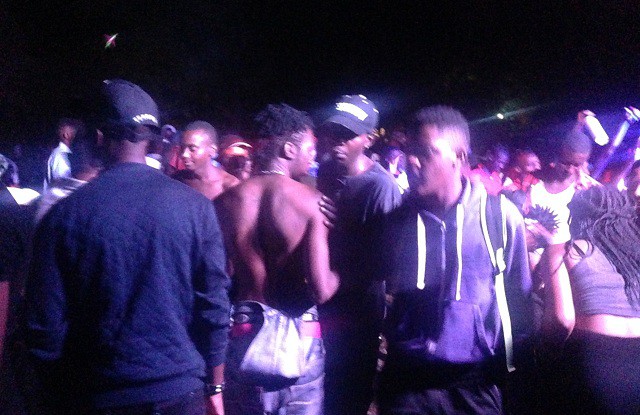 Vuzu, a local term used to describe a party where alcohol binging, casual sex and drug abuse takes place, first took Bulawayo by storm in 2015, steering a Parliament motion to ban the parties.

The banishment of such parties did not deter the unscrupulous organisers from secretly planning the parties and feasting on unsuspecting teenagers who are easily lured to the functions on free beer offers.

Concerned parents confirmed to the Daily News on Sunday that teenagers have indeed started engaging in mischievous parties.

Vuzu parties! . . . The philosophical poverty of our time

Sex, drugs and social disorder… the birth of…

Most of the impressionable youngsters are seen flocking to the central business district and boarding kombis in groups, dressed in extremely revealing, scanty, clothes.

“My heart breaks when teenagers are all over town in the late hours around 2300hrs drinking heavily and running all over the streets, girls running around half naked,” Youth for Innovation Trust communications manager Brighton Ncube said.

“I wonder why local clubs and bars allow underage persons into their spaces? The situation has worsened with most “O” Level students taking to parties as a way of entertainment after finishing their exams.”

Ncube said a generation is being lost in these activities as these teenagers are not mature enough to protect themselves from vultures bent on taking advantage of them during these parties.

Another parent who identified herself as MaNdiweni said the Vuzus are funded by older men so they prey on young kids.

MaNdiweni said teenagers tend to be carried away when they are offered free beer.

A certain house in Cowdry Park near clinic terminus was identified as the current hub for Vuzu parties as youngsters flock to the place on Saturdays to engage in unruly activities.

Daily News on Sunday spoke to one of the teenagers who was attending an event she termed “first Saturdays.”

“First Saturdays is a youth get-together and we will be having fun, partying while we enjoy coming of age as we relieve school stress and get into the festive mood,” she said.

“We do drink alcohol because alcohol is the in-thing you know, and it’s fun.”

One concerned resident said unsuspecting parents are cheated by kids who ask for money pretending its for essentials such as sanitary pads yet its for bankrolling the lascivious parties.

Most parents blamed the situation on the current economic situation which has resulted in most parents leaving the country in search of greener pastures abroad, leaving child-headed families behind.

“The sad part is that parents are overseas trying to fend for the kids but the kids are out there looking for trouble,” said one of the parents from Entumbane where drug abuse has taken the suburb by storm.

Others said it was wrong to blame pub owners.

“Club owners are there to make money they do not care of the after effects, so relying on the fact that there is a law that prohibit clubs to allow under aged persons into their spaces is futile as money is what matters to these capitalists,” Buhle Mhlanga, a concerned sister said.

Parents are imploring the police force to increase their patrols in clubs and around neighbourhoods to combat such parties as they result in unwanted pregnancies and HIV.

“When they get drunk, especially boys they move around in groups making noise and causing chaos in the streets hence making public spaces unsafe,” said Mhlanga. Daily News.

Vuzu parties! . . . The philosophical poverty of our time

Of ‘vuzu parties’ and juvenile delinquency: Alternative solutions to the criminal…