J Hus: Why he felt he had to take a knife to Westfield

For many people living in east London, the Westfield that opened in Stratford in 2011 was a blessing.J Hus probably only has bad memories of it.

The shopping centre has been the setting for numerous arrests and altercations the rapper’s been involved in over the last seven years.

He was sentenced on Friday to eight months in prison, after admitting to carrying a knife when a car he was in was stopped outside the shopping centre.

It wasn’t the first time he’d been in trouble there.

When J Hus – real name Momodou Jallow, of Baldwin Drive, Peterborough – was 16, in 2011, he was arrested outside Westfield following a “mass attack” on four people, which ended in one of them being stabbed.

He’d already received a referral order that year after being caught with a knife in public.

Four years later, he was released on bail after chasing a man down the road outside Westfield with three or four other people, “brandishing a large combat knife or a machete”.

While still on bail, the following year, he was chased down by police and found in possession of a “large silver combat style knife” in Hackney, which he said he intended to hand in.

When asked why he was carrying a six-inch blade following the most recent arrest, J Hus said: “You know, it’s Westfield.”

Just six days earlier, a friend of J Hus was sitting in a car owned by the rapper, when he was stabbed and left paralysed.

“What was your response?” the judge asked on Friday.

“Instead you chose to go somewhere, understanding the risks, where you would be very likely to be recognised, both by those who liked and admired you and those who did not and who might wish you harm.”

After previous arrests J Hus said the reason he carried a knife was fear.

He’d had problems with gangs in Newham, the area he grew up in.

The 23-year-old moved his family from there to Peterborough, but was still drawn back to Westfield like a “moth to a flame”, according to the judge.

Out of 44 police services in England and Wales, 38 have recorded a rise in knife crime since 2011.

The increase is the result of cuts to youth funding, according to Mayor of London Sadiq Khan – who says it’s a problem that could take 10 years to solve.

Some people though have blamed violent music such as UK drill, which often features darker lyrics.

Grime artist Novelist has described it as “murder music”.

J Hus has been credited for helping lead a chart-friendly genre referred to as afro swing or afrobashment, which fuses elements of music from the Caribbean and Africa with the UK.

His debut album Common Sense was nominated for a BRIT award as well as the Mercury Prize.

But his lyrics still referenced the violence he’d grown up living around.

The track Dark Vader, which was released this year, was taken off the Radio 1 and 1Xtra playlist following his arrest in June. 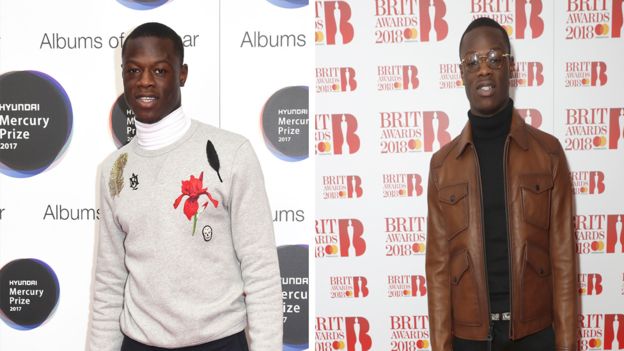 It featured lyrics about a “skeng” – a patois term for a knife or gun.

“If I can’t have you, nobody can / Bare face so they all know who I am / If you saw what the skeng done to the man / You wouldn’t look at me, you’d go look your friend.”

Dianne Abbott, Labour MP for Hackney North and Stoke Newington, said in parliament this week that “much of the drill music and videos are horrifying and appalling”.

“But at the end of the day, the music is a reflection of those young people’s lives and realities.

“It is not a cause of violent crime.” BBC Newsbeat.