The Posts and Telecommunications Regulatory Authority (Potraz) has ruled out the possibility of issuing additional licences for mobile operators, saying the country does not have the capacity to absorb more firms like other countries. Potraz director technical services Engineer Baxton Sirewu said Zimbabwe had to live within its spectrum, which he described as scarce. 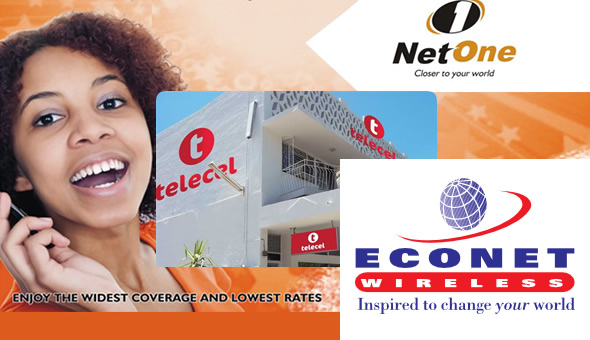 Eng Sirewu was responding to questions from Members of Parliament and journalists during an interactive workshop between the Parliamentary Portfolio Committee on Information Communication and Technology and the regulatory authority.

There was also concern why local mobile operators could not partner other international providers to put up competitive services.

“Yes we have three mobile operators, they are called classical in the sense that they use the 3G set of technology that is VHL, VMTS and LTE. There are a number of reasons why the number of operators that use that technology have to be managed. I am not arguing that we cannot increase it to a certain number, but there has to be a proper way of managing it.

Telecel future hangs in the balance

Number one, we say spectrum is a scarce resource. Number two, as we go up that roadmap, you will find that 2G was using 200kiloheatz channel side and about two by eight megahertz was sufficient to support an operator,” said Eng Sirewu.

“And then when you go to 3G, it is now using five megahertz channel and about two by 15 would be sufficient for an operator.

He said the 100 megahertz had to be globally harmonised.

“So we have to leave within the limits of the spectrum that is available. Number two, the size of Zimbabwe in terms of territorial area does not allow for segmentation and regional licensing.

“It does not make a lot of good reason to say licence an operator to provide 3G services in Northern Zimbabwe and another one in Southern Zimbabwe,” said Eng Sirewu.

“But when you go to India, it is a large country, they can segment, so if you hear someone saying India has 10 GSM operators, it is because they are regional operators. So our view is that the way to go is through the route of converged licence framework.

“You have suppliers of the infrastructure and they can be as many as those allocated spectrum optimally so that the number does not impede the capacity of the network. That way we believe we will address the expectation,” said Eng Sirewu.

“I must hasten to say with convergence again, the line between classical mobile operators and fixed operators is blurred because even TelOne has LTE spectrum Africom and Powertel have LTE spectrum.

“As a country it would be difficult to partner. These technology companies partner operators. As Potraz, we can facilitate or make available spectrum for sharing, that is if an interest is expressed by a respective operator.” The Herald

Telecel future hangs in the balance

Econet cuts off state owned Net One over fees