Tafelberg publishers has apologised “unreservedly” to Redi Tlhabi, Sisonke Msimang and Palesa Morudu “for causing distress” to the three respected journalists and writers. 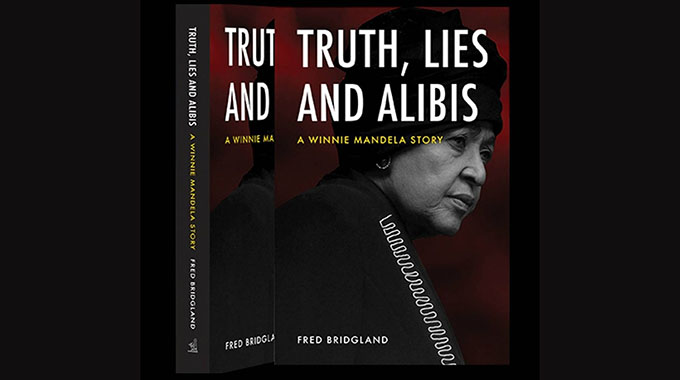 Their quotes on Winnie Madikizela-Mandela were used on the back sleeve to sell the Tafelberg book “Truth, Lies and Alibis: A Winnie Mandela Story” by veteran journalist Fred Bridgland.

Tafelberg said in its apology: “We are in the process of making amends and are contacting the affected journalists. We are removing the quotations from the cover for a new jacket for the book, and will replace it on the shelves with the rejacketed books wherever possible. The quotations will also be removed from online descriptions of the book.”

The three women say they were not asked if their words – published in various articles and not written as a “shout out” – could be included and are angry that they are being used to appear to endorse a book without their permission and whose views they do not necessarily support.

Bridgland’s book makes a strong case around the crimes that Madikizela-Mandela and her Mandela United Football Club are alleged to have committed and presents a mostly negative view of the freedom fighter.

Tlhabi, a well known broadcaster, author and journalist, wrote a scathing letter to Tafelberg which she released via WhatsApp.

She wrote: “You take a sentence in an article I wrote, and place it prominently at the back of the book knowing that readers will assume it would be interpreted as a ‘blurb’ or a ‘shout out.’ Even the most average reader would interpret a shout out as a statement of endorsement. People hardly write unkind shout-outs.”

Legal opinion sought by City Press by a leading lawyer who does not wish to be named is that: “My understanding of quotes and/or excerpts by other authors on book covers mean that they have read the book and as such they endorse it. I have never heard of a publisher doing what they did on this book, but I could be wrong.”

Tafelberg’s apology does not appear to mean that the books will be pulled from shelves at once, but rather when the new editions are available.

The legal opinion sought by City Press indicates that the women could, in fact, go to court and demand it be immediately withdrawn.

“They can approach the courts to get an order recalling the books that have the said quotes, and possible damages. The publishers are peddling the book as if it is endorsed by the three black female writers, who have written substantially about Winnie. I can’t see how this was not deliberate and sneaky.”

The lawyer said that particularly Msimang could pursue damages as she has her own book on Madikizela-Mandela that is about to be launched, called The Resurrection of Winnie Mandela. It offers a nuanced view of both the good and bad qualities attributed to Madikizela-Mandela.

Tlhabi’s quote on the Bridgland book, taken from a Sunday Times article, reads: “Winnie was a woman of her times, there was a war and she too was a soldier.”

In her letter, Tlhabi gets straight to the point: “Those of us who understand Winnie’s complexity, those of us who have transcended the ‘both sides’ politically-correct argument and have a clear stance on who she is in history, would never put our names on a book that plays to a particular narrative about her. You knew this. So you got a group of respected black people to endorse your book, which lacks nuance, empathy, complexity and a sense of history.”

For her part, Msimang is quoted on the back cover from a piece in Mail & Guardian as saying: “Hers is a life worth examining for its courage, achievement and complexity.”

Msimang, an author and social justice advocate, was not available for comment as she is touring to promote her current book, a critically acclaimed autobiographical work Always Another Country.

But it was she who first noted her displeasure on Twitter on 20 October: “It has come to my attention that a new book about #WinnieMandela written by an apartheid apologist has a blurb on the back taken from an article I wrote in the M&G. This is a sneaky marketing effort and I do not endorse the book. I will be writing to the publishers formally.”

Morudu, also an author and herself a publisher, is quoted from a column she wrote for Business Day: “We do history a disservice if we omit the truth about the characters and events that shaped democratic SA. So, we must accept that Winnie Mandela was both a heroine and a villain.”

On Tuesday Morudu wrote an email to the publishers stating: “Please note that I didn’t give Tafelberg Publishers permission to use my name on the back cover of Truth, Lies and Alibis. The publisher used a quote from a column I did for Business Day as a ‘shout out’ for the book. This has created a false impression that I have endorsed the book. This is wrong and unethical. Please immediately remove from the book any association with my name. I also feel a public apology would be appropriate.”

She told City Press she would also appreciate an explanation from Tafelberg about how the situation came about.

Tlhabi summarises the matter in her letter: “Interestingly, between Morudu, Msimang and myself, we disagree passionately about who Winnie is and was. You have appropriated our writings and used them without the necessary context. Even more jarring for me, you bypassed all dictates of decency and decorum. You violated a relationship of mutual respect and abused my generosity. I have given you my time, read manuscripts when I had numerous deadlines, and yet, on this particular book, you just conveniently forgot to ask me? You knew I would say NO, and you knew WHY I would say NO.”

Tlhabi and Morudu were even more annoyed after Tafelberg’s initial apology earlier on Tuesday appeared not to take their grievances seriously enough.

It read: “Tafelberg apologises for the perception that has been created. The intention of the quotations on the back cover of Truth, Lies and Alibis is to show that there is a multiplicity of views of Winnie Madikizela-Mandela – and Fred Bridgland’s book is one of them. They don’t endorse the book or author in any way but are about Madikizela-Mandela as a person and historical figure. The sources – opinion pieces in Sunday Times, Business Day and the M&G – are clearly referenced.”

In response Tlhabi tweeted: “What does it mean to apologise ‘for perception that has been created’? I personally don’t care if they apologise or not. But I will call out this insult to our intelligence. Tafelberg & @NBPublishers, Listen to me: I DO know the difference between ‘perception’ & overt mendacity.” – City Press

Protests in Sri Lanka, calls on president to open parliament