Gokwe town was a hive of activity this past weekend when fast food brand Simbisa took their Chicken Inn and Creamy Inn mobile outlets to the town. 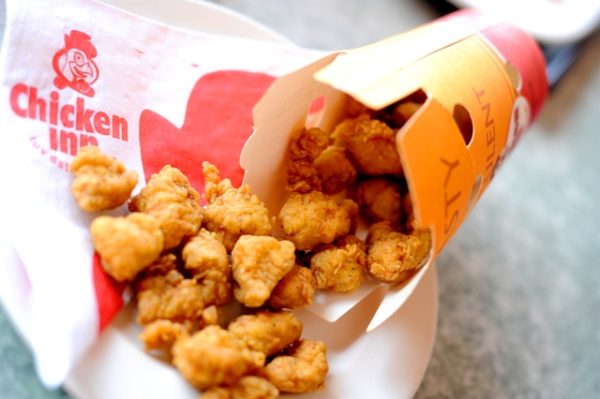 People from far and wide thronged Gokwe town to taste ice cream and the popular two-piecer (two pieces of chicken and chips) known as the red box meal.

There was a stampede as the young and old pushed and shoved for a feel of the once in a lifetime experience.

Gogo Simbi Siwela (74) confessed travelling more than 150 km from Siyamchembo at the request of her grandchildren who could not be outdone by neighbours who had gotten theirs on the first day of the promotion.

“I couldn’t sleep and had to go out of my way to get money to buy these children their two-piecers. I had to phone their mother who’s in Harare to send money as they wouldn’t let me sleep over this thing,” she said.

She said it was important especially for girls to have such an experience so that they are not abused by boys after being bought such food.

“Here in Gokwe, girls can get impregnated over a packet of biscuits, what about Chicken Inn? The girls should just know it’s just a meal and nothing more when the boys buy them,” said a Mr Todyana, a teacher.

Most of the customers pleaded with the Chicken Inn management to consider setting up a permanent base in the town.

“We have our money as cotton growing people and we want our town to grow. We want Chicken Inn to be in the town permanently.

“We discovered that most people from Gokwe were coming to our Kwekwe branch to buy their favourite two-piece and pizza as well as ice cream so we decided to bring these meals closer to them as a test run,” said Mr Gama.

He said they were charmed by the response.

“We’re now in talks with relevant stakeholders so that we get land and start construction of our Gokwe branch. With this response, we cannot turn a blind eye.”

Gokwe Town Secretary Ms Melania Mandeya said her town was one of the fastest growing towns in the country which does not turn down investment opportunities.

“We’re definitely taking up the challenge and land is available any time if they want to build their outlet here. Our town is growing fast as we now have MSU, Catholic University and now, we want Chicken Inn.

“We’re elated and welcome them with both hands to the home of cotton,” Ms Mandeya said.
Meanwhile, Chicken Inn took the opportunity to surprise children at St Agnes Children’s Home with their popular red boxes.

“It’s part of our corporate social responsibility. As a brand, we work with the community and this is one of our ways of giving back.

“Our duty is to bring smiles to all the people, whether monied or not hence this gesture,” said Gama.

In the face of a cholera outbreak that the country has been battling of late, Simbisa Brands also handed over sanitizers to Gokwe Town Council for use in public toilets.

“We went on to conduct a clean-up campaign in conjunction with ZAOGA as a way of promoting hygiene. We also urged the customers to wash their hands with clean water before eating their meals,” said Gama. The Chronicle.