After years in hibernation, sometimes uniting only for performances but with no new music to offer, legendary afro-fusion band Bongo Maffin is back with a new single “Harare” to be released on November 2. 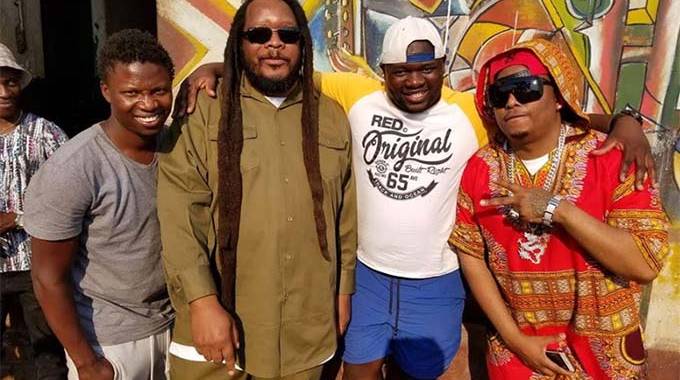 The South African based ensemble comprising of Stoan, Thandiswa Mazwai, Jah Seed and Speedy hinted that they will be dropping the single ahead of their reunion album scheduled for February next year.

“You already know what it is…as uniquely Bongo Maffin as it gets!! Can’t wait, 2nd November #BongoHarare Worldwide release!! You ready?” announced Stoan on his twitter page.

“Dropping the single for now, album to follow around February,” he added.

Though dominantly South African, the group also has a Mbare born member Jah Seed (real name Anesu Mupemi) who has been instrumental in their cross cultural reach and Shona inspired compositions including “Mari YePhepha”, and “Kura Unone”.

It’s no surprise for the group to be singing about Zimbabwe’s capital given Jah Seed and Speedy were recently in the city, also taking time to visit Mbare’s reggae hub Chillspot Records.

After their visit, Chillspot hinted on social media that they will be working with Bongo Maffin on their new album.

In an interview with Herald Insight, Chillspot Records’ spokesperson Fantan said they had made plans which are currently on hold.

“Unfortunately we will not be part of their next album as plans have been put on hold but we are definitely willing to work with the group in the near future,” he said.

Bongo Maffin rose to fame in the late 90s and early 2000s through hit songs “Thath’isgubhu”, “Mari YePhepha”, “Iphendule” and “Amadlozi” among others. Their last album “New Construction” was released in 2005.

They also released a compilation of their greatest hits titled “Icon” in 2014. The Herald