Zisco $1bn deal back on track

The Government said yesterday it has decided to put back on track the proposed $1 billion investment in the Zimbabwe Iron and Steel Company by a Chinese investor. 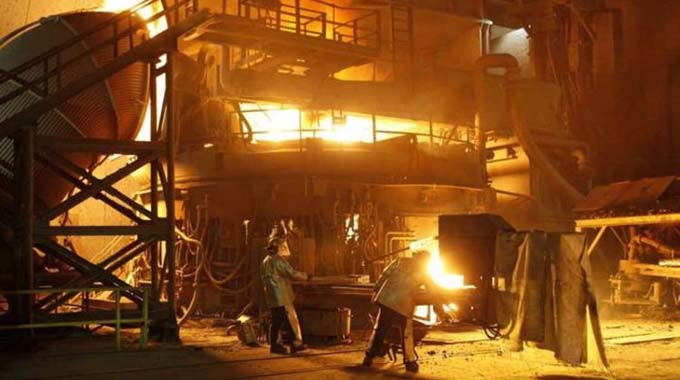 Industry and Commerce Minister Nqobizita Mangaliso Ndlovu said he was hoping his visit to China next week would help tie up loose ends on the deal.

Last month, Minister Ndlovu told a business conference that the Government was not happy with the progress by R and F, nearly a year after it expressed interest in reviving Zisco.

He said the Government had done everything to accommodate “a lot of the demands from the potential investor (R and F) but still progress has not been much”.

He also said the Government was considering looking at inviting other interested investors.

However, Minister Ndlovu said he was expecting to finalise the deal when he meets the investor in China next week.

“Everything remains intact,” Minister Ndlovu said in an interview. “They have expressed willingness to see the deal sail through and we will be consolidating our positions.”

He said the Government was not talking to “anyone other than the Chinese investor”.

Zisco closed operations in 2008 after facing operational and financial challenges. Essar Africa Holdings, a unit of India’s Essar Group, had agreed to invest in Zisco in 2011 but the deal collapsed in 2015 largely as a result of failure to access iron ore claims. This was after a similar deal with another Indian company Global Steel Holdings failed to materialise.

Essar had proposed to build a new steelworks complex, replacing the antiquated plant. The company was also looking to build iron ore and coal terminals at port Beira.

Zisco, once a major foreign currency earner, used to produce about one million tonnes of steel per year. In the quest of opening the industry to other players, the Government recently granted Chinese stainless steel giant Tsingshan a special grant to iron ore mining rights in an area around Chivhu, Mashonaland East Province, to enable the company to set up a stainless steel manufacturing plant.

The development would require significant increase in key feed stock minerals namely iron ore, nickel and coal. According to Mines and Mining Development Minister Winston Chitando, the Chinese firm had already begun conducting feasibility studies. The stainless steel plant, would result in an investment of over $1 billion and would generate annual export revenue in the order of $2 billion annually.

The $1 billion, however, excludes other investments in related sectors earmarked to support the facility.

Zimbabwe is already working on a new mining policy targeting to grow the industry to $17 billion by 2030, driven by a wave of foreign investments which will see a jump in production at existing operations, and the development of new mines.

Zimbabwe generates about 65 percent of its foreign currency from mineral exports. The Herald

No to roadblock targets: Matshiya

Honeymoon over for 1 000 convicts